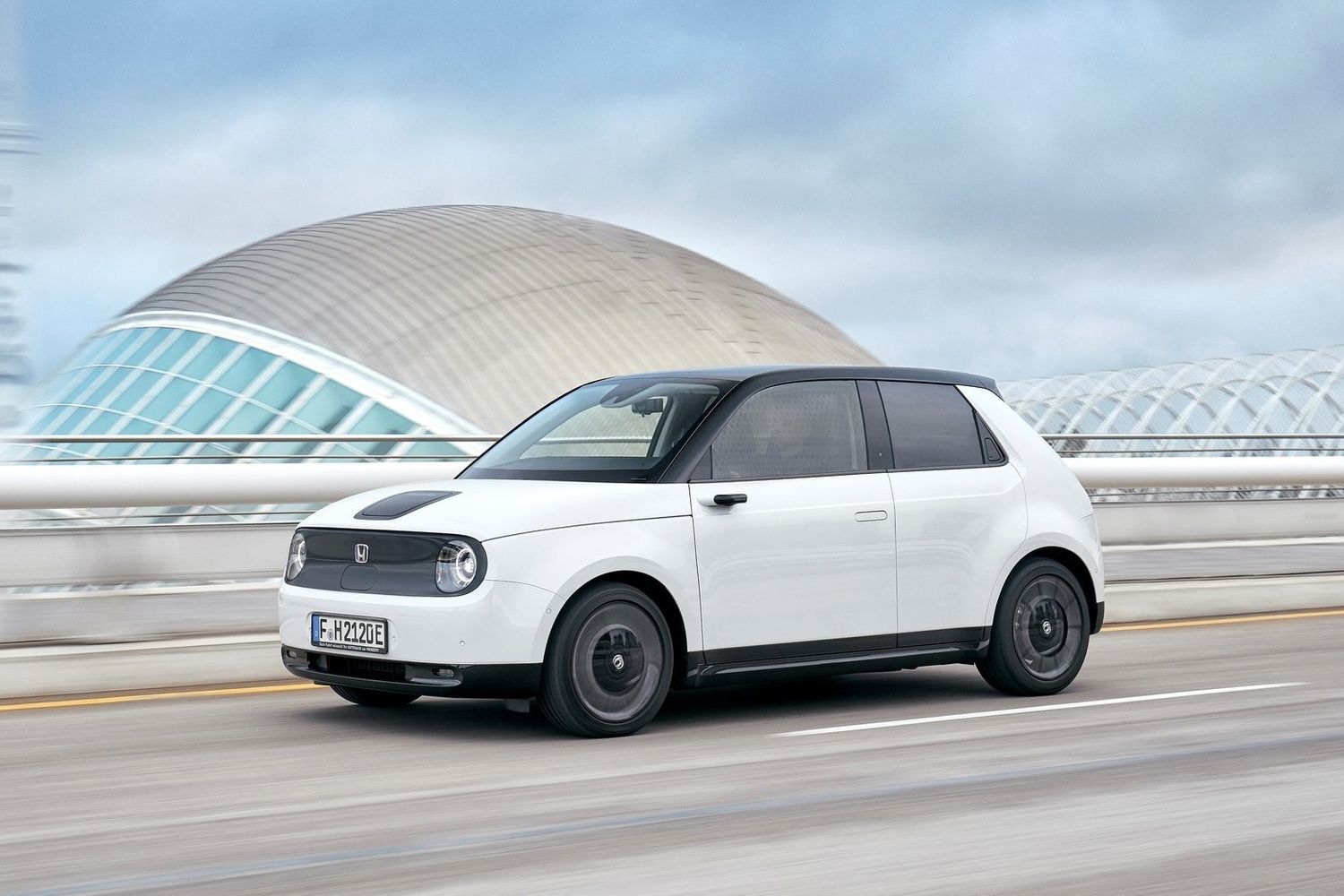 You might be here looking for some sensible consumer advice about electric cars, but before we get into the details of charge times, lease costs and battery sizes, let’s get one thing out of the way. The Honda e is really cute. In fact, most buyers will forgive it any other shortcomings just because it looks so good, both inside and out.

It has a distinctly retro flavour, harking back to the earliest Honda cars of the 1970s, but the technology is bang up to date and in some cases even better than can be found fitted to £100,000+ models. In an effort to outdo Tesla, the Honda even has a setting to turn the dashboard into a virtual fish tank.

But all this style comes at a price. It might seem cheap compared to those big Teslas and the other posh brands, but the Honda’s base price of £34,365 seems a bit steep compared to other small electric cars with similar (or even better) battery capacities.

This means there are some compromises. Firstly it’s just a four seater, and the boot is tiny. More crucially for an electric car, the range is between 125 and 137 miles, depending on which wheels you choose, as the bling rims create more drag and sap the power. We've actually struggled to get the range meter into three figures on most charges - that's a bit of a shock after being in other rival EVs. That’s not that impressive a figure by modern standards but the e is conceived as a commuter car rather than a long-distance cruiser, so Honda made the decision to save costs and weight by keeping the battery to a size which fits the brief.

To make up for the small battery, Honda has made it quick and easy to charge in public when you are on a long journey. It can accept a DC charge at a maximum rate of 65kW, which means it takes around half an hour to get to 80% when connected to a 100kW charger, and not much more on the more common 50kW units.

Once you’ve got charge, the e is good fun to drive. There are two motors available, a 134bhp basic and 151bhp for the posher ‘Advance’ model. The motor powers the rear wheels, which means you don’t get any of the boy-racer style wheel spins that can affect some electric cars if you are a bit keen on the accelerator pedal.

Another advantage of the rear wheels being driven is that there’s no complicated connections to the front, allowing Honda’s engineers to give the e a really tight turning circle. It’s just 8.6 metres kerb to kerb – barely any bigger than the car itself and rivalling London black cabs for its U-turn ability. It makes parking (almost) a joy too.

It might be built for cities, but the little Honda doesn’t feel out of place on a motorway, and still pulls well up to the legal limit. If you want even sharper responses, there is a Sport mode setting and no fewer than seven levels of brake regeneration to alter via steering wheel paddles. In maximum regen mode, it almost becomes a one-pedal car – you don’t really need to press the brakes except in an emergency.

In town, the ride is a bit on the firm side, but Honda has fitted unusually sophisticated suspension to the e, so it is more comfortable than most small cars on faster roads. This, together with perfect 50:50 weight distribution and a low centre of gravity, makes it feel stable and planted.

So the Honda e isn’t the biggest electric car. It doesn’t have the longest range and isn’t the best value. But if you are OK with its compromises, it is a lovable little EV which will be great fun to own.