You might be hearing a lot more about Lynk & Co in the coming few years as the brand is set to hit the UK market soon with an innovative subscription ownership model. The 01 is closely related to the Volvo XC40 so it’s a comfortable and straightforward small SUV to drive.

“I'm a bit confused by the 01. It's a reasonably attractive car, but it doesn't seem to stand out in any area. Its uniqueness is supposed to be the ownership package, but you can buy plenty of cars using a subscription these days. Maybe it will just compete on price in the end.”

“I like the way the Lynk & Co looks and it has a decent electric only range. Anything that makes owning a car simpler is something to applaud, as long as it doesn't cost too much more as a result. But PHEVs mainly appeal to company car drivers in the UK, and they won't reap the benefits of a subscription package designed for private motorists.” 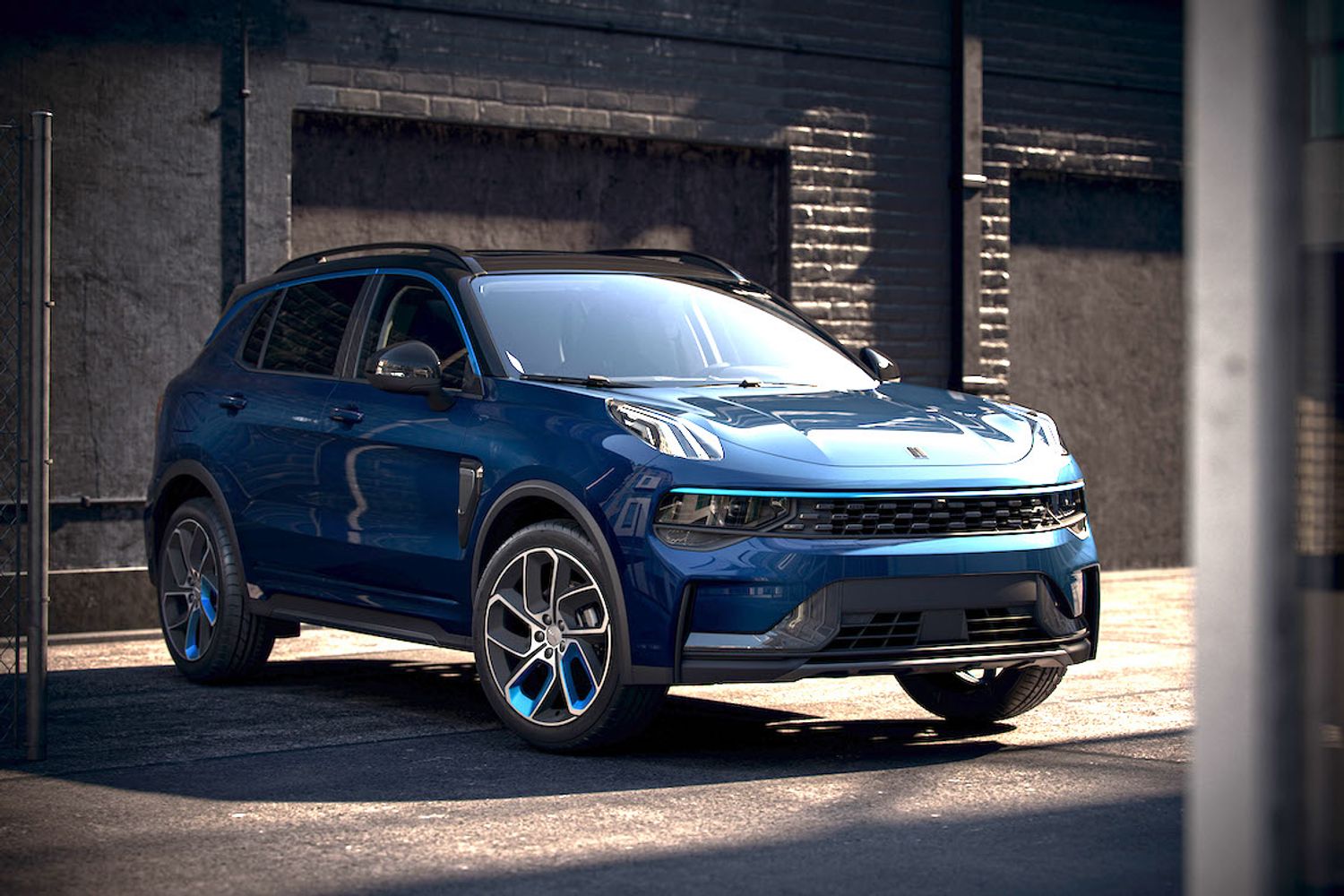 Life is complicated enough, so it's time to simplify the way we own cars – this is the approach new Chinese car brand Lynk & Co is taking to make itself interesting.

Never heard of Lynk & Co? You won't be alone as it's a brand that's only really been around for a couple of years and up to now purely for its domestic market in the Far East. But you'll be hearing a lot more about it very soon, as this year it'll be launching in Europe and in the UK in 2022.

There have been a handful of Chinese brands that have had high hopes of making a success in Europe and the UK, but few have succeeded. It's only really MG that's made a mark but it used a historic British brand as a leg-up, which has undoubtedly been a key reason for its success. So why should this Lynk & Co be any different?

Well, it's owned by Geely, owners of Lotus, the London Electric Vehicle company and others, but importantly also guardian of Volvo. The Lynk & Co brand has been launched to tap into a new wave of car buyers who are younger and don't necessarily want to own a car in the traditional way.

The Volvo association is more than just a family one as it's been developed and engineered by the Swedish firm – Lynk & Co's head of design is even Peter Horbury, the Brit who transformed the look of Volvos in the late 1990s and early 2000s.

This, the 01 SUV, is its first car to arrive in Europe and will launch Lynk & Co's new way of car ownership. You'll be able to 'subscribe' to your 01 SUV – pronounced 'zero one' – with all-inclusive packages. And in keeping with its simple life mantra, there's the choice of two engines, two colours – blue or black - and one trim level.

It's very well equipped, too, with a panoramic roof, online navigation system, adaptive cruise control and an army of electric safety aids and technology. Prices start at €35,000 on the continent – so expect that to translate to around £30,000 when it arrives in the UK next year – but an-inclusive subscription package will be the favoured method of owning.

For €500 a month, Lynk & Co supplies the car, covers the insurance, all repairs through wear and tear and seasonal tyre changes where they are needed. The driver only has to pay for the fuel themselves and a small surcharge for everything that goes beyond 1,250 kilometers per month.

There's no haggling with a dealer as Lynk & Co won't be having showrooms – customers place their order online and the car is delivered to them. When it's time for a service, the 01 is collected and taken to a Volvo dealership and then returned to the customer. It's that simple.

As revolutionary as the concept is, the car is just conventional. Even though it looks fresh and cheeky with its headlights pushed up like the Porsche Macan, and the alloy wheels coloured a quarter blue, it's a classic compact SUV in the format of Volkswagen Tiguan or the Volvo XC40 – and the UK already has plenty of those.

The 01 we're driving is a plug-in hybrid. There's no electric version yet as even Lynk & Co admits charging networks, regardless of where you live, is still too complicated and therefore does not fit the 'easy going' lifestyle that it promises customers.

Under the bonnet lies a 178bhp 1.5-litre three-cylinder petrol engine mated to an 80bhp electric motor, giving a total power output of 258bhp. If those power figures sound familiar then you'd be right as its the same as the Volvo XC40 Recharge T5 PHEV. Underneath it's basically the XC40 – a car which is regularly in the top 10 best-selling cars every month in the UK.

What it doesn't borrow is the XC40's 10.7kWh battery pack as the 01 has a much larger 17.6kWh battery, equating to a 43-mile pure-electric range. Topping up that battery should take around three hours from a home wallbox or six from a three-pin plug.

Although technically closely related to the XC40, the 01 is not a faceless Volvo clone but rather has its own character. Where the Swedes are sober and cool, the Chinese are modern and cool. This can be seen in the much extroverted design of the body which is around 10cm longer, and there's more space inside. While there are a few common control elements such as the stubby gearlever for the automatic gearbox, there's a different digital cockpit, a larger touchscreen that's mounted horizontally instead of vertically, and more features within the system itself and rely on significantly more tech features. They range from some rather weird things like an on-board selfie camera to some genuinely interesting ones like the ability to make your 01 available for car sharing schemes. The idea behind is that instead of the 01 being parked and left idle, it could be earning money for its owner by letting other members of the public driving it.

On the road and it's a game of two halves. The 01 starts and runs in EV mode up to speeds of around 40mph and its whisper quiet and very refined, however, unlike a Range Rover Evoque P300e or a Peugeot 3008 Hybrid4, when the 01's petrol engine kicks in it's loud. It's not uncomfortably so, but it's a good deal noisier than other European rivals, and that's a problem the XC40 has too.

Sadly, the extra noise doesn't equate to extra performance with 0-62mph taking a leisurely eight seconds – that's nothing but average in the world of small PHEV SUVs. It's also a shame there's not enough of a difference between 'D' drive mode and the 'B' mode; while extra brake regeneration is engaged in 'B', it's not enough to drive the 01 around with just one pedal - a useful feature around town.

Driving the 01 leaves no special memories. It's distinctly average in the world of small plug-in hybrid SUVs, but that's something that could be levied at many of its rivals. While it doesn't stand out, the 01 drives comfortably, precisely and familiarly - exactly what most family buyers want from a car like this. Add in a simple purchasing process and the Lynk & Co brand could find a footing in the UK market.