“It might not be the most exciting or advanced electric car but there's no arguing with the value on offer here. The ZS EV is a family-sized car for the price of a small hatchback. The long warranty is a bonus too. ”

“I'm always going to have a soft spot for a car bearing the MG badge and this is no exception. It's roomy and comes with plenty of safety tech. It's a shame there's no charging timer or pre-heat available though.” 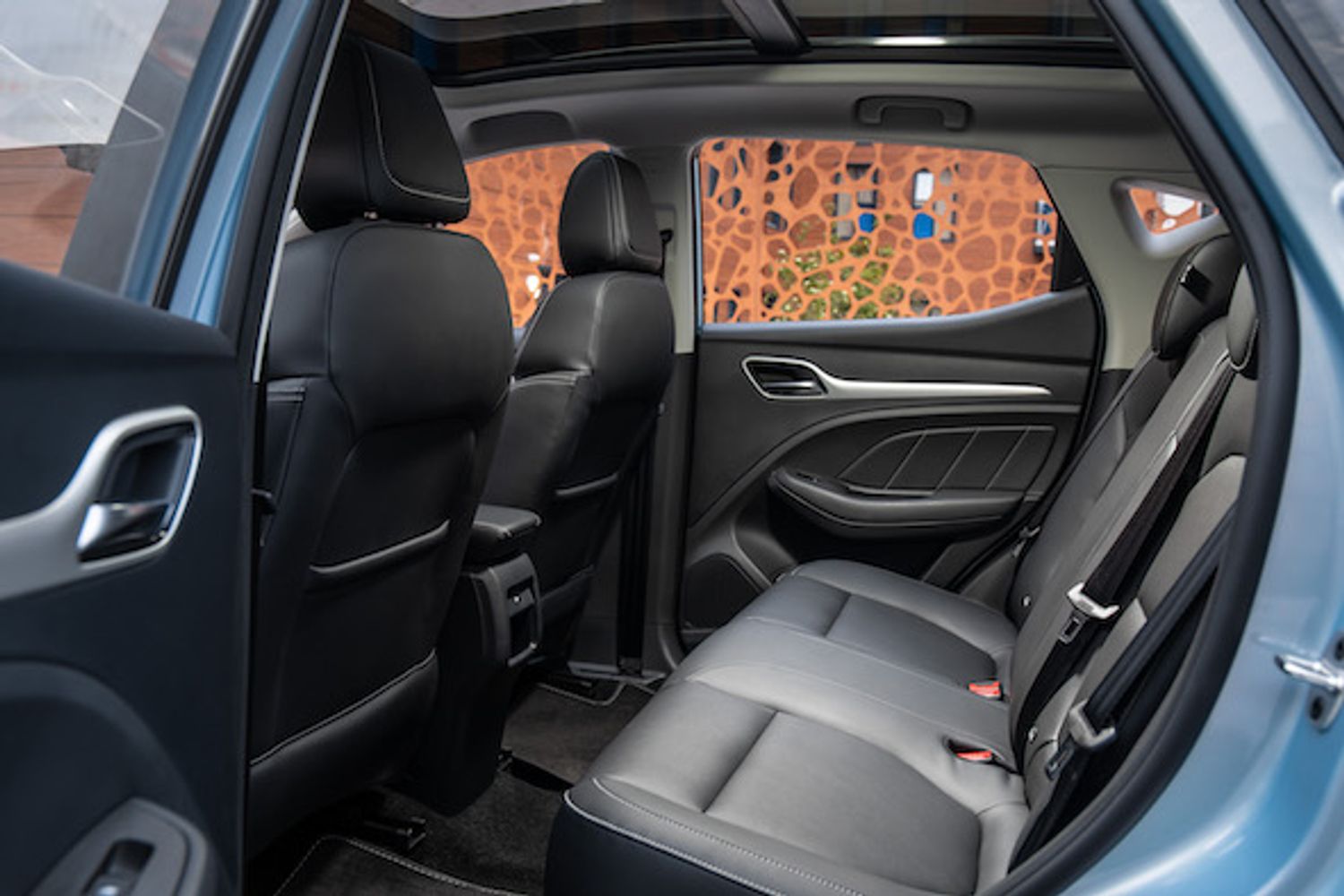 In transforming the ZS petrol car to the all-electric EV version, there has been no negative impact on the car’s practicality. In fact the ZS EV has a marginally larger boot than the petrol version at 470 litres (the petrol’s boot measures 448 litres) and there’s 1,100 litres on offer with all the seats folded – that’s a pretty decent amount of space for such a compact SUV. There’s a moveable boot floor, too, and with the floor in its highest position there’s space to store the car’s charging cable. There’s plenty of space in the back seats although the middle passenger will find it a little tight, and the glass roof (standard on the top-spec Exclusive) doesn’t eat into the headroom too much. The steering wheel only adjusts up and down, though, not in and out, meaning it’s hard to find a comfortable driving position.

While the standard petrol ZS comes in three trim levels, MG likes to think buyers of the all-electric version expect lots of technology and luxuries, so the ZS EV only comes in the two upper trim levels. All cars get lane keep assist, city braking, adaptive cruise control and traffic jam assist (all packaged as MG Pilot) as standard, along with rear parking sensors and sat nav. You have to step up to the top-spec Exclusive for a rear parking camera, rear cross traffic alert and blind spot detection, however. All cars also get an eight-inch touchscreen with Apple CarPlay and Android Auto, and while the infotainment system is attractive and simple to use, its nav doesn’t have the ability to search for nearby charging stations. That’s pretty crucial for any electric car, but especially one with only a 163-mile range.

Tested in 2019 by independent crash testers EuroNCAP, the ZS EV scored the maximum five stars. More than that, it notched up a range of impressive scores: 90% for adult protection, 80% for child protection and 70% for the standard safety assistance systems. In fact, the ZS EV got a higher score than its petrol-engined sister car and that’s because of the range of safety systems the EV gets as standard (the entry-level petrol ZS misses out on some). The EV gets lane keep assist (which helps to keep the car within its lane on the road), city braking (at speeds of up to 12mph the car will brake automatically if it senses an imminent crash), and, pretty impressively for a sub-£30,000 car, adaptive cruise control and traffic jam assist. The latter is rather clever and allows the car to follow the one in front, braking and accelerating as and when it needs to.