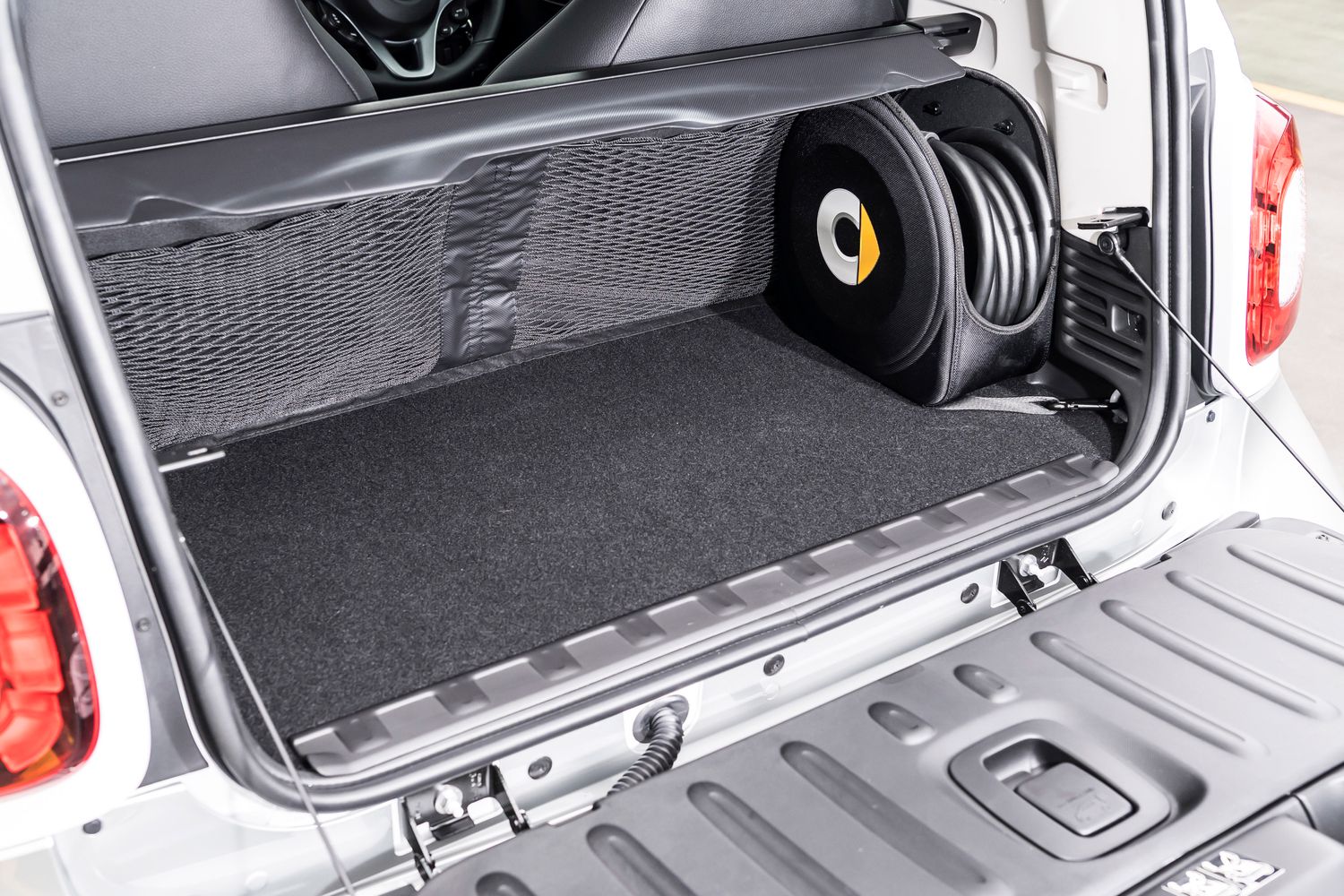 You’re not going to buy a Smart for its practicality, but there’s enough room for two and a week’s shopping.

As long as you are happy with just you and a passenger for company, the Smart is actually quite a spacious car, with plenty of head and elbow room. Long-legged drivers might find the raised floor a little intrusive, especially as the steering wheel doesn’t adjust upwards to get out of the way.

It’s also got three cup holders, although the one which is next to the back of the seats is more likely to become the home of your mobile phone, especially as it’s right next to the USB socket. This will leave the Smart’s other drawers and cubby holes free to keep all the chattels of modern life under control.

The boot isn’t going to rival any Volvo estates of course, but even the cabrio should squeeze in a week’s supermarket shop or a small case. If you want to take longer loads you can fold the passenger seat flat, but this won’t be much use if you want to carry a pushchair as you’ll then not have anywhere to put the baby….

The EQ is far from being a stripped-out economy car, as it seems Smart knows urban customers will want a lot of tech packed into their city-friendly small package. As a result, the Fortwo comes as standard with kit such as TomTom sat nav, a phone app and Android Auto compatibility. Disappointingly, there’s no Apple CarPlay though, which seems like a whopping oversight for all those iPhone lovers.

Even though the Smart is one of the easiest cars to park, all models get rear parking sensors and all except the cheapest have a rear camera too. This might seem excessive, but it’s genuinely useful in the cabrio version as the visibility isn’t great out of the tiny back window.

The ForTwo has a nifty new trick to help maximise the range too. Called radar-based kinetic recuperation, it uses the automatic cruise control to follow the car ahead and maintain a set distance in the most efficient way. By balancing the power and regenerative braking it is more efficient than a human, so you get a longer range.

The Smart is safe than it looks, thanks to a strong passenger protection 'cell' and decent protection technology. No one would choose to have any accident, but it’s fair to say that the thought of smashing into something in a Smart is a bit scarier than in most cars. But actually, it is remarkably safe thanks to the efforts of the Mercedes engineers who designed it. A strong cell of steel surrounds the passengers and there is no engine in front of your legs, so the tiny bonnet solely there to protect you. If that doesn’t do the job, there are airbags all around, including for the driver’s knees.

As a result of this, the Smart got a pretty decent four-star rating from the independent test organisation EuroNCAP back in 2014. The criteria has got stricter since then, but the Smart is still likely to do well, thanks to a decent amount of electronic accident prevention kit including a gadget which will apply the brakes automatically if it senses an impact is imminent.

« RangePerformance »
Own a Smart EQ Fortwo or looking to buy? Tell us about your experience