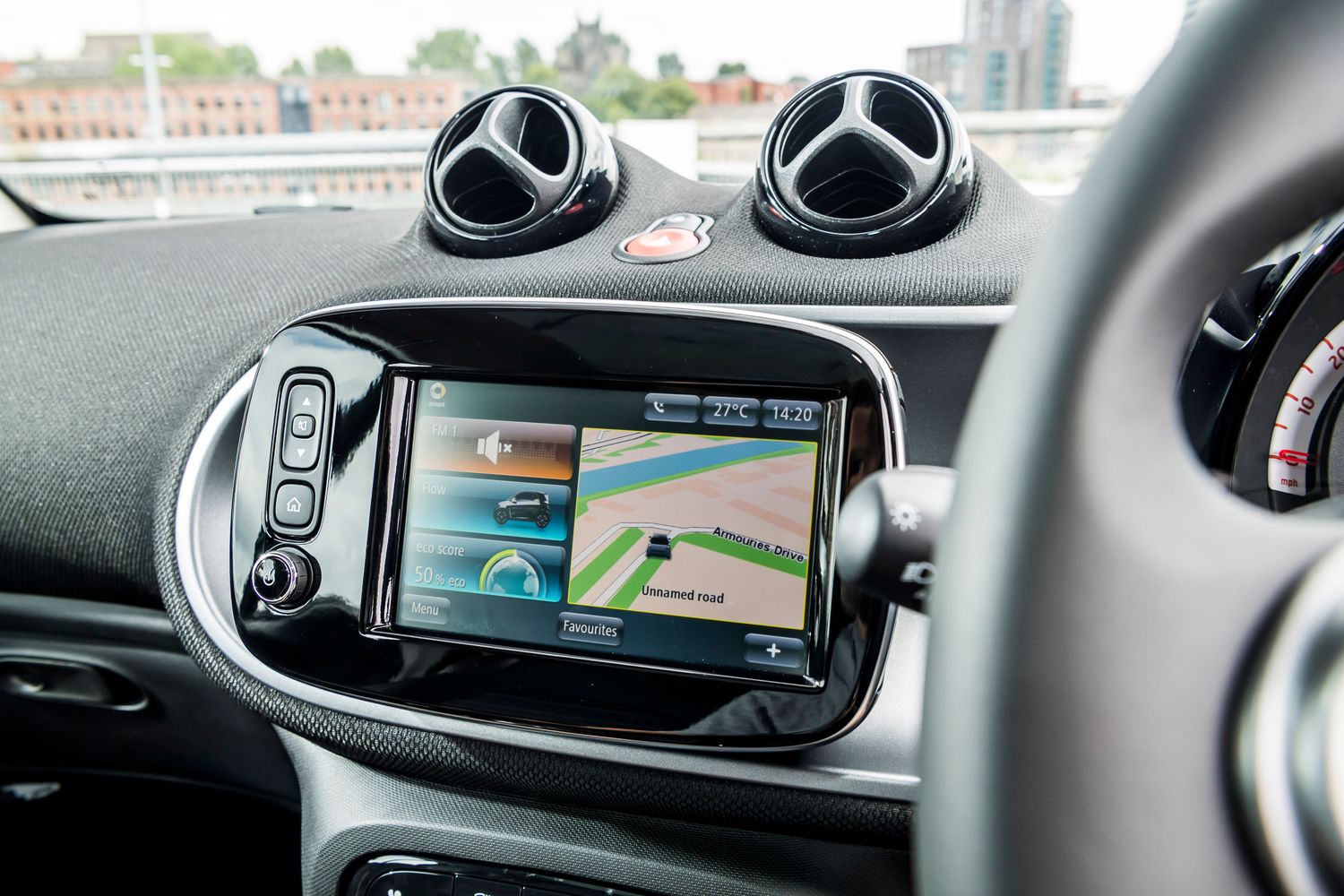 The Smart is one of the cheapest electric cars to buy but it still looks pricey compared to a petrol city car. The running costs will be tiny though.

The entry level Smart EQ fortwo costs under £20,000 once the government grant has been deducted, which makes it the cheapest electric car you can buy (if we disregard the slightly-daft Renault Twizy).

If the price isn’t your main consideration, Smart will happily sell you up to posher versions of the fortwo, including the blinged Edition One, which is covered in bodykit and wheels from the tuning company Brabus.

There’s even a cabrio version of the fortwo, presumably so you can smell the fumes from the bus next to you in the traffic jam. If that takes your fancy, it’s around £2,400 on top of the price of the hard top car.

Once you’ve paid for the car itself, travelling in a Smart EQ fortwo will probably be cheaper than the shoe leather you’d use by walking. Road tax is free, there will be no congestion or emission zone charges and a full charge costs about the same as a posh coffee.

The insurance rates should be pretty reasonable too, as the Smart is in group 12 or 13 and servicing can be bought as part of a package for £14 per month – that’s £168 per year, which should be cheaper than a petrol version.

Smart will throw in three years’ subscription to the app and TomTom navigation as part of the purchase price too.

The real saving will come if you can pay for the Smart through your business or employer though. Have one as a company car and you will pay 0% benefit in kind, which will save hundreds of pounds every year, even compared to equivalent petrol city cars.

The alternative is to ask your employer to let you lease a fortwo using salary sacrifice, which takes the cost out of your gross pay before it is taxed. It could save you 40% plus on the cost of having the car and mean your new car is partially funded by the tax man.

« PerformanceReview »
Own a Smart EQ Fortwo or looking to buy? Tell us about your experience