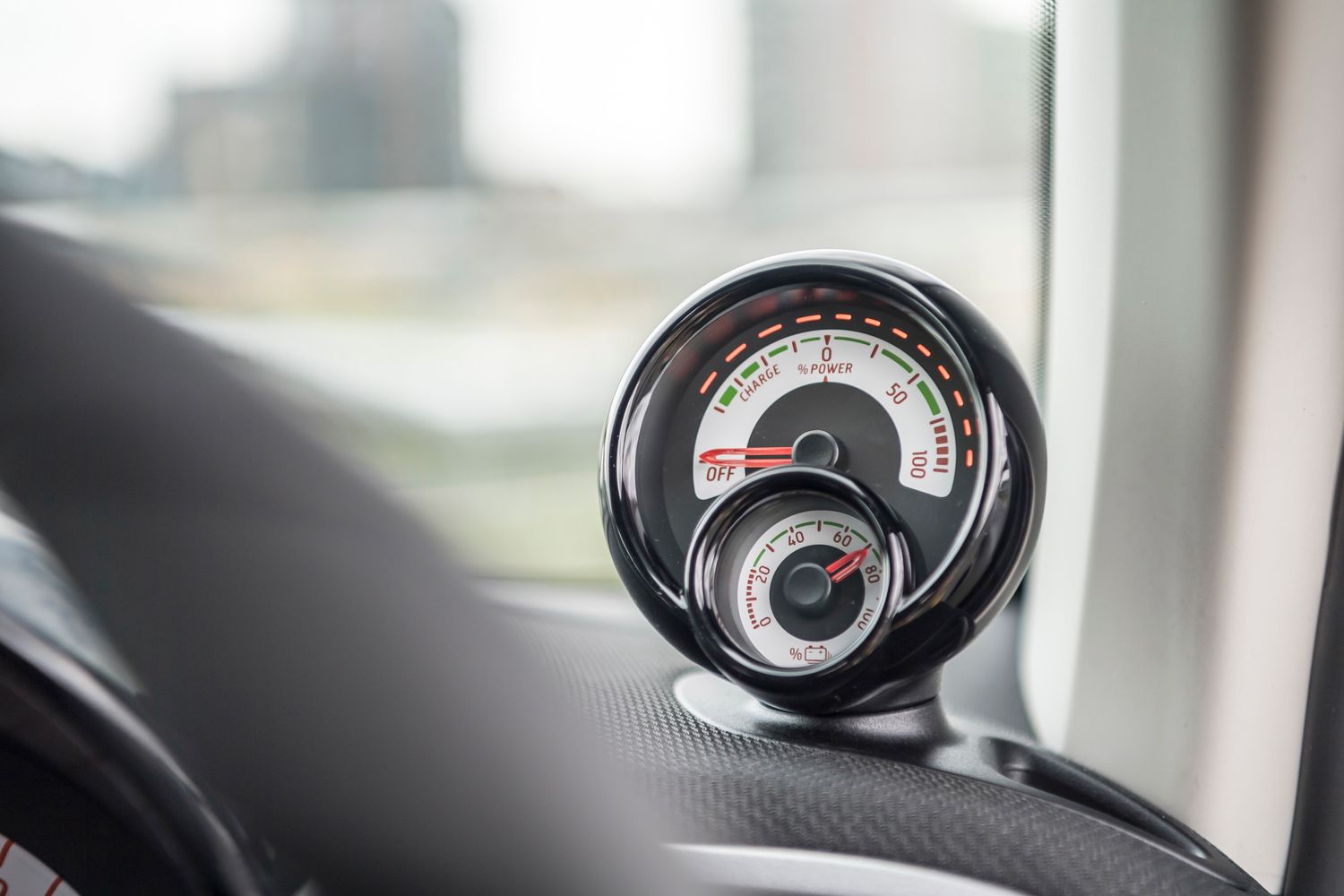 A tiny battery means the Smart isn’t great at long distance drives, but it charges quickly, especially at one of the new 22kW points.

The Smart’s official range of between 74 and 84 miles isn’t going to convince any long-distance diesel drivers that this is the car for them. But for other owners who just do the average commute of less than 20 miles a day and rarely go near a motorway, it could be perfectly adequate. Like all electric cars, that range will depend on all sorts of factors and will be less if you drive quickly or the weather is particularly chilly. Driving in stop-start traffic in towns actually improves the range though, so if you are just doing short urban journeys you might not need to plug in for several days.

With only 17.6kWh, the Smart’s battery is tiny. It’s about the third of the size of the powerpack fitted to a Peugeot e208, and is even smaller than those fitted to plug-in hybrid SUVs such as the BMW X5. But the Smart isn’t a very big car so the battery still provides a reasonable enough range, despite the pack being about the same size as a holiday suitcase.

Like most electric cars, the EQ has the battery stashed underneath the floor to keep it safe and to make sure the centre of gravity is kept low. As the Smart is quite a tall car, this doesn’t affect the passenger space too badly.

The advantage of the Smart’s tiny battery is that it can be charged really quickly. A full charge at home or a public point will take three to four hours, meaning you’ll easily be able to get to 100% if you charge at work.

There’s no option to do DC rapid charging as it doesn’t really need it. If you are wanting a top up while venturing further afield, you’re best looking out for one of the new 22kW AC chargers which are popping up at public points. That’ll get to 80% in under an hour and should be cheaper to use than a DC rapid charger too.

« ReviewPracticality »
Own a Smart EQ Fortwo or looking to buy? Tell us about your experience