This is a Model 3 without the compromises of a saloon. It's more family friendly with a practical hatchback and SUV-shaped body. It's sure to be Tesla's most desired car.

“Forget colonies on Mars and missions to the Moon, the Elon Musk project we’re most excited about right now is the Model Y.  It's been a long time coming and rival cars are catching up fast, but they struggle to match the all-round appeal of the Tesla.”

“Tesla has a knack of knowing what people want and they’re spot on with the Model Y.  We buy compact crossovers in droves and it’ll be a huge hit. Think of it as a family friendly version of the superb Model 3, with a 3.5 sec 0-60 time that will shake up the school run, a high-tech interior and that brilliant charging network to rely on.” 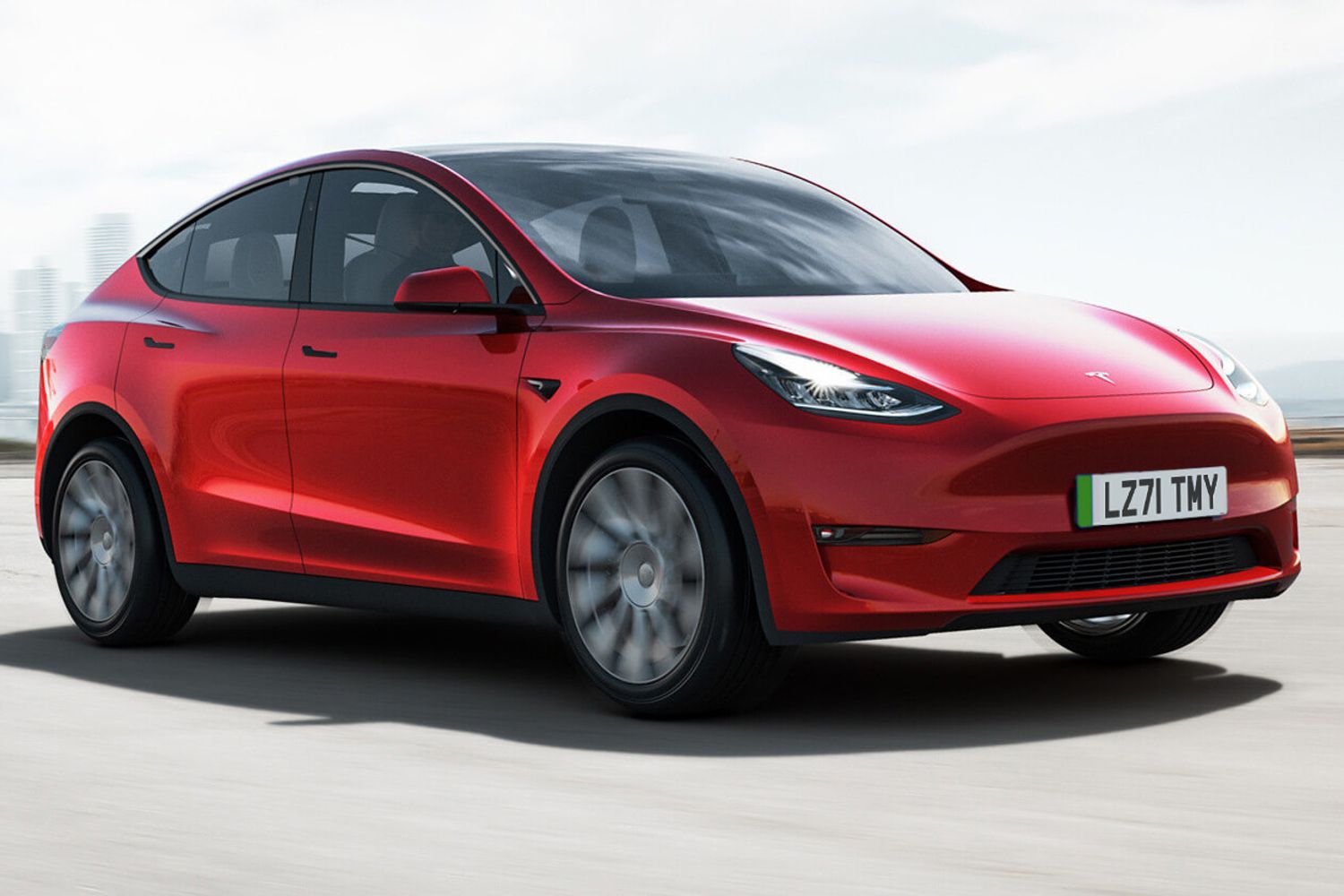 For those of us who aren’t millionaires, the Tesla model line up has a whopping great hole. The Model S and X are way too expensive for mere mortals. The Model 3 is much more affordable, but it’s a saloon with four doors and a boot, in a world which loves hatchbacks, estates and SUVs.

Which is why the Model Y is such big news for UK buyers. At first glance, it looks comparatively familiar. After all, it is based on the Model 3 and shares two thirds of the components with the saloon. This applies to the drive system and batteries too, so the Model Y is available in Long Range and Performance flavours, although there's no standard, rear-wheel drive model just yet.

But as recognisable as the shape may seem, the format is completely new. At 4,751mm, the Model Y is 61mm longer than the Model 3, 70mm wider and, above all, 180mm higher. As a result the Model Y offers noticeably more space for rear seat passengers and luggage, even though it is not as chunky-looking as most other SUVs. Thanks to the few centimetres more ground clearance and the correspondingly higher seat position, it is easier to get in and out of the car too.

While passengers will notice the change from 3 to Y, the driver won’t. And this is a good thing – it’s not quite as fast as the saloon, but it will casually leave behind all electric rivals in this price bracket and most petrol cars too.

The Model Y isn’t a sportscar of course, and a few bends will soon see the Tesla trail behind a well-driven supercar. But it doesn’t mean the Model Y isn’t rewarding to drive. It’s certainly more sporty feeling than an Audi Q4 e-tron or Nissan Ariya, both of which are tuned to be relaxing. The Tesla wants to be driven with more commitment and has a road-holding that, despite its high centre of gravity, does not lose its composure even in tight corners. In this respect it is much closer to the Model 3 than the Model X.

If Ferrari-trouncing speed isn’t needed, the Long Range version is a whopping £10,000 cheaper than the Performance but is slightly slower.  A ‘Standard’ version is already available in the US, but so far Tesla hasn't confirmed this model for the UK. If it were to come here, it would be rear-wheel drive thanks to its single electric motor, have a smaller driving range and would likely be another £10,000 cheaper than the Long Range.

With the Model Y, Tesla undoubtedly has a car which is hugely desirable, but it's no longer the unique proposition it once was. Cars like the Hyundai Ioniq 5, Kia EV6 and a raft of German rivals are also appealing.

​
« FAQsRange »
Own a Tesla Model Y or looking to buy? Tell us about your experience