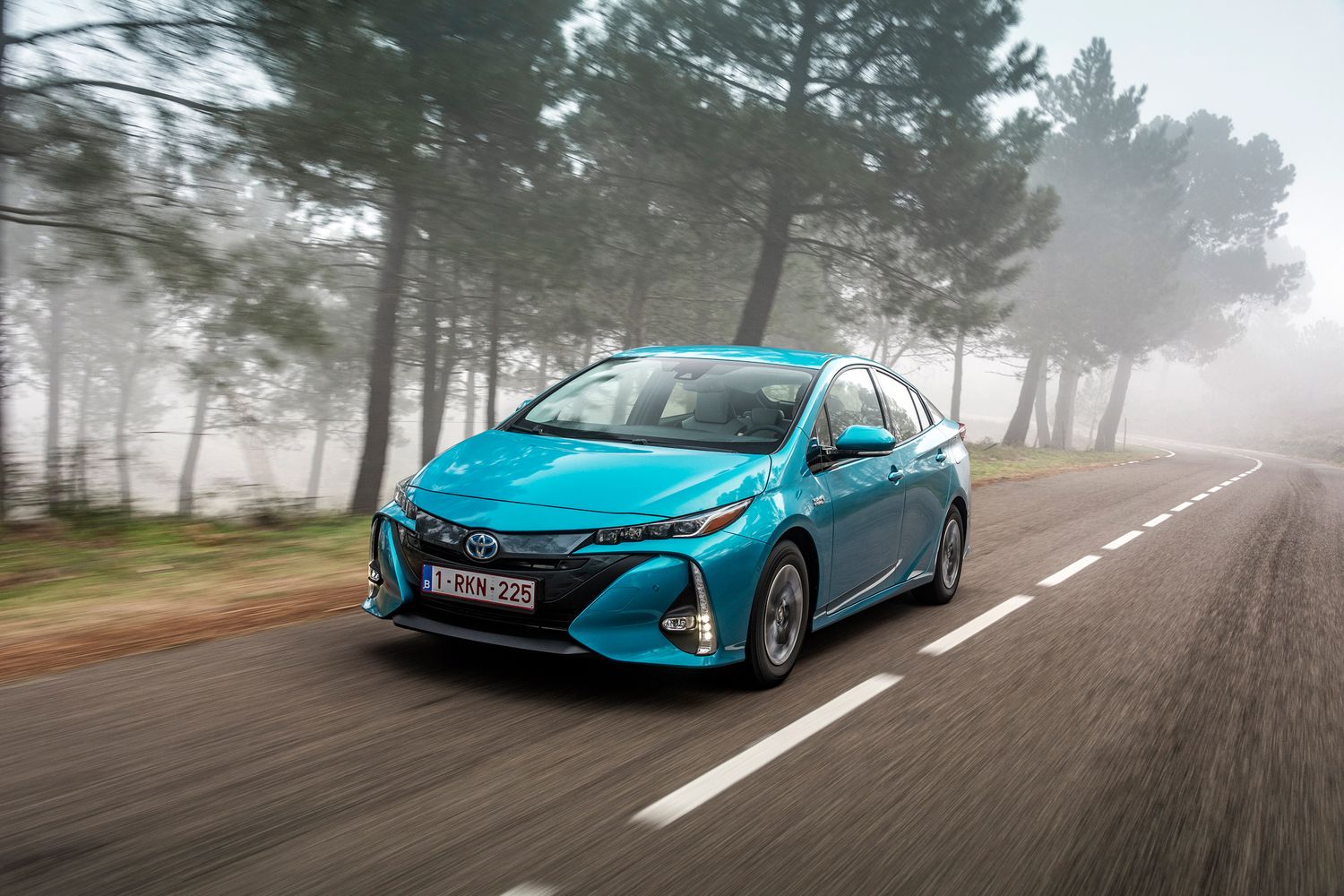 This isn’t a car which is designed for fun, but it is easy and relaxing to drive, especially in traffic.

There can’t be many Toyota Prius buyers who will put ‘performance’ at the top of their priority list. But if the company (or the tax man) has forced you into driving one and you’re expecting it to be slow, you’re in for a pleasant surprise. All of the Prius models are at least a match for mid-range petrol car of the same size, and it’ll feel even quicker when you’re pulling away from a standstill. The efforts of the electric and petrol motors combine if you press the accelerator hard, and it produces surprising acceleration.

You can even select three drive modes to match your mood - Normal, Power or Eco. At lower speeds with ‘Normal’ selected, the car will automatically run in EV mode until the petrol motor kicks in as you go faster or want more acceleration.

Power mode makes the accelerator more responsive. It engages a gadget called DMD (Driver’s Mind Logic), which continuously monitors how the car is being driven. It will recognise when the driver wants sportier performance and adjust the way the Prius reacts to inputs.

While performance cars have low suspension, fat tyres and big brakes to make them look good and shave fractions of a second off lap times around a circuit, the Prius is all about efficiency. That means driving enjoyment has taken a back seat, and the Prius is not going to be a particularly rewarding car to drive. It’s unlikely you’d choose a Prius to go for an early morning drive just for pleasure, as it starts to feel a little out of its depth if you try and drive quickly through a series of bends. Even with the ‘Power’ mode selected, the steering and brakes feel lifeless compared to a good European hatchback.

This newer generation is far better than the older Prius models, but it is still relaxing rather than exciting. If you don’t need to drive everywhere like you’re in labour and on your way to the maternity ward, the Prius is genuinely relaxing to drive though. It’s simple, refined and comfortable.

« PracticalityPricing »
Own a Toyota Prius or looking to buy? Tell us about your experience