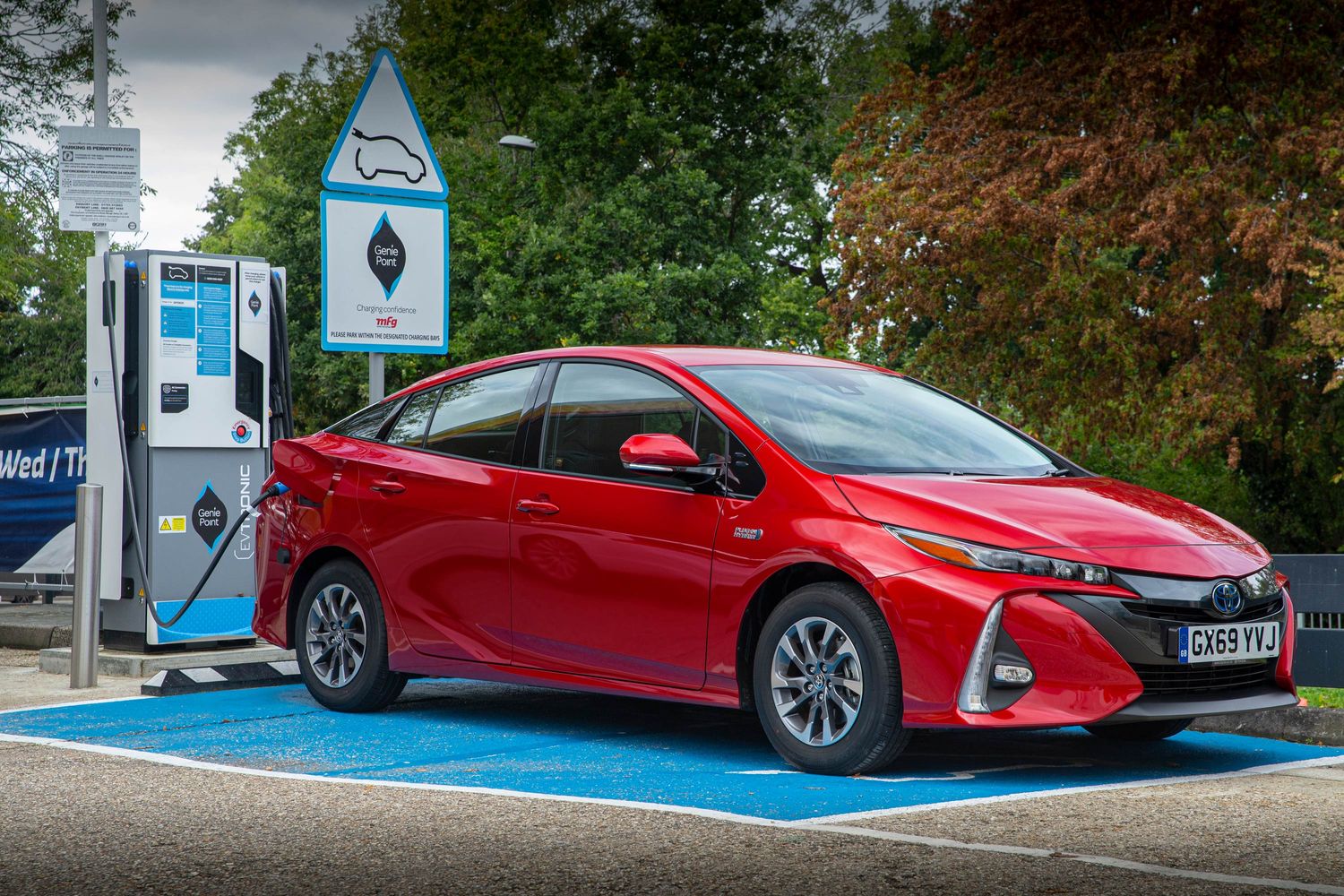 The hybrid Priuses’ range can be measured in metres rather than miles, but the plug-in version can go an impressive 32 miles on electric only.

Only the PHEV version of the Prius has any meaningful range, although the non-plugged hybrid versions will crawl along at walking speeds in traffic using only the electric motor for short distances if the battery has sufficient power.

Choose the plug-in version and it will do reasonably well however, making the most of its relatively small battery with a 32-mile claimed range on electric-only power. That should be plenty for most commuters and will mean that you can plug in at home or work every day and save the petrol for any long trips you might do at weekends.

The standard hybrid Priuses use a tiny 1.3kWh battery which is made of Ni-Cad rather than the more modern and sophisticated Lithium Ion. It’s well-proven though, and relatively cheap to replace if you’re doing taxi-driver mileages. The small capacity is enough to store braking energy and release it when the car is moving off or needing extra power.

The plug-in version does use Lithium Ion and has an 8.8kWh capacity. That’s not huge even by PHEV standards but because the Prius is an efficient car, it makes the most of it. Once the battery is ‘flat’, the car behaves like any other hybrid Prius by storing energy from braking. This means it is still pretty economical, even after the charge from your plug has been used.

Toyota has incurred the wrath of the electric car lobby by claiming its hybrids are ‘self charging’. What this actually means is that a petrol engine creates power that moves the car around and charges the battery. Some of the energy which would normally be wasted when the car is braking is recycled back into electricity and stored. The battery is also charged when the petrol motor is not working hard pushing the car along. It’s a system which is more efficient and economical, but there’s no getting away from the fact that the power still ultimately comes from petrol.

It’s a different story for the PHEV version though, as this can get some of its power from the mains. Plug it in using a home wallbox and it takes two hours to get to 100% full.