Once a cracking small car bargain isn't quite the great deal it was. But if you need small and effiicient. the e-up! is still a fine package

“We love the sheer usability of the Up and it's SEAT sister. It might not have the latest tech, but it is fun to drive and has just enough range to take you on longer journeys when needed. Get one on a salary sacrifice scheme and it could cost less per month that your current petrol bill!”

“The Up is a great little car, but I wish VW would make up its mind about whether it wants to sell it or not. The Skoda and SEAT versions has been and gone and supply of the Volkswagen version is sporadic too. You might have to call a few dealers to find one.” 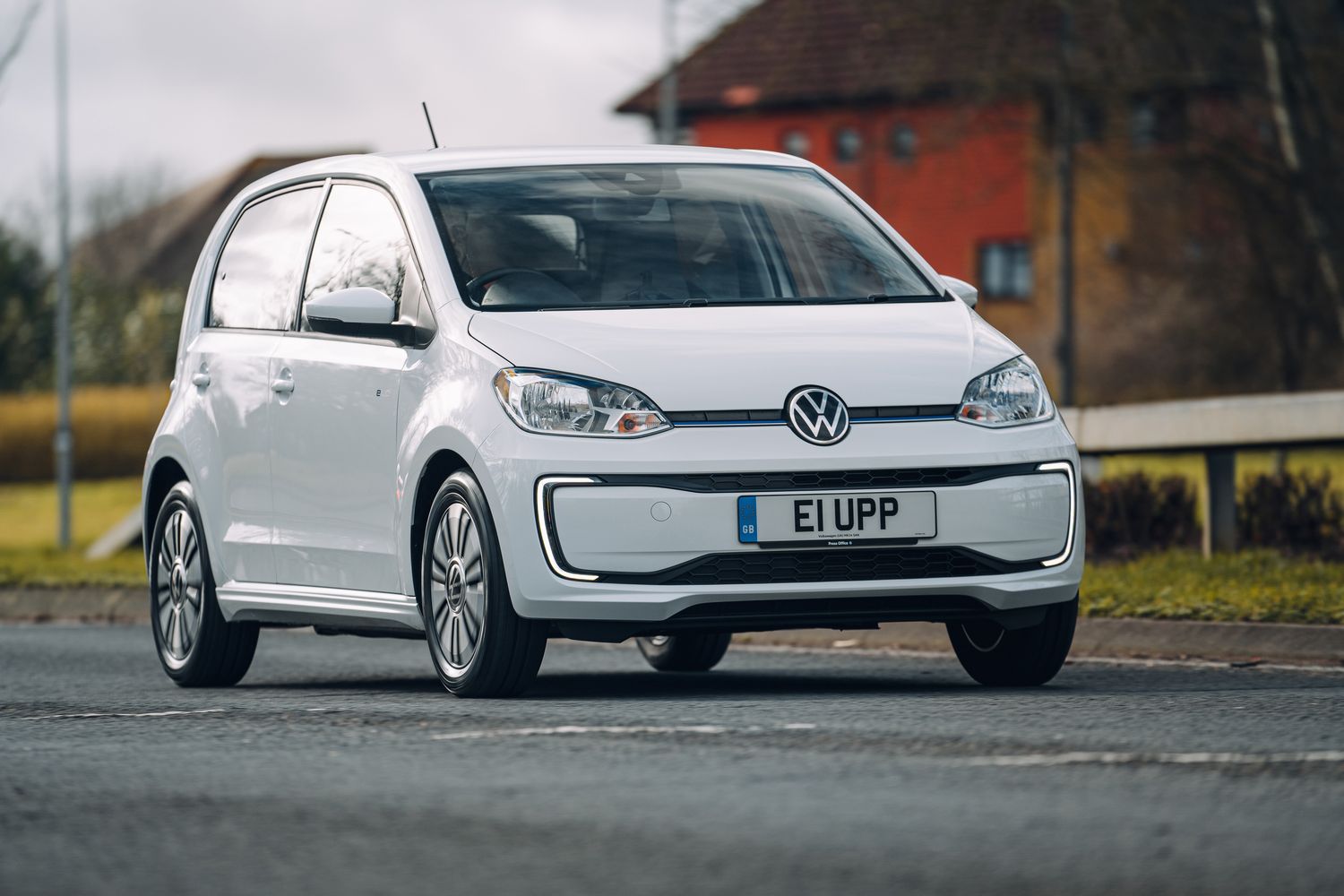 The Volkswagen e-up! is a small car with a big story. First introduced in 2014, the first generation car had a small battery, limited range and not a huge amount of appeal. Then, in 2020, Volkswagen almost doubled the battery size and range and, overnight, made the e-up! a fantastic package. But there was a problem. Such was its appeal that it sold out instantly and only now, almost two years later, is it back. albeit with a much punchier £24,000 price tag.

Thankfully, the charm of the original hasn't been lost. It has a range of 159 miles - enough to get from Leeds to London in one hit, or can do a week of commuting without needing to plug in. It could make the UP! a realistic proposition now for drivers who don’t have off-street parking – it could be driven all week and then just charged at the weekend when going to the supermarket or shopping centre.

Being a small car, the UP! is of course most at home in the city, where its electric motor gives it a real punch away from a standstill. It’s perfectly comfortable over urban potholes and speedbumps too, and the light steering makes it easy to thread into gaps and parking spaces.

If you venture further afield and onto the open road the UP! doesn’t feel quite as at home, but still manages to keep up with other traffic. The top speed is limited to 81mph, mainly to preserve the battery life but it also means you’re unlikely to get a speeding ticket on the motorway.

Whichever road you’re on, the e-UP! is also surprisingly comfortable, especially considering its size. That boxy bodywork does a neat job of accommodating people and luggage compared to other city cars of this size. School runs and shopping trips should be no problem, unless your teenagers have become particularly lanky or taken up double bass lessons.

One of our favourite parts of the e-UP! is the sat-nav screen; or rather the lack of one. Most cars these days have a display for the navigation, stereo and charging but it quickly becomes outdated. Rather than double up on the tech, the UP! simply has a clip and connector on top of the dashboard so you can mount your smartphone. There’s a special VW app to look after navigation and battery management too. It makes such good sense, we hope other makers follow suit.

It all sounds pretty good for the e-UP!, but it does have a few problems. The first is the Renault Zoe which is more practical, has a bigger range, a better safety rating and isn’t much more expensive. More worrying for VW is the in-house competition from Skoda and SEAT. The electric versions of the Citigo and Mii are almost identical to the UP!, but are cheaper. Do some homework and work out which makes the most sense for you.