Kia has revealed prices for its plug-in hybrid version of the new Sorento, and it might be a disappointment if you were hoping for a bargain. The range starts at £44,995, while the flagship ‘4’ edition is an eye-watering £53,095.

That makes it around £6,000 more than the non-plug in versions and puts it head to head with PHEVs from premium brands, such as the Land Rover Discovery Sport PHEV, which starts at £47,000. The best-selling Mitsubishi Outlander PHEV starts at under £36,000.

The Sorento PHEV partially justifies this price with seven seats as standard and a powerful engine/motor combination. It uses a 1.6-litre T-GDi Turbocharged Direct injection petrol engine mated with a 90bhp electric motor to give a total of 267bhp – making it the most powerful Sorento in the range. 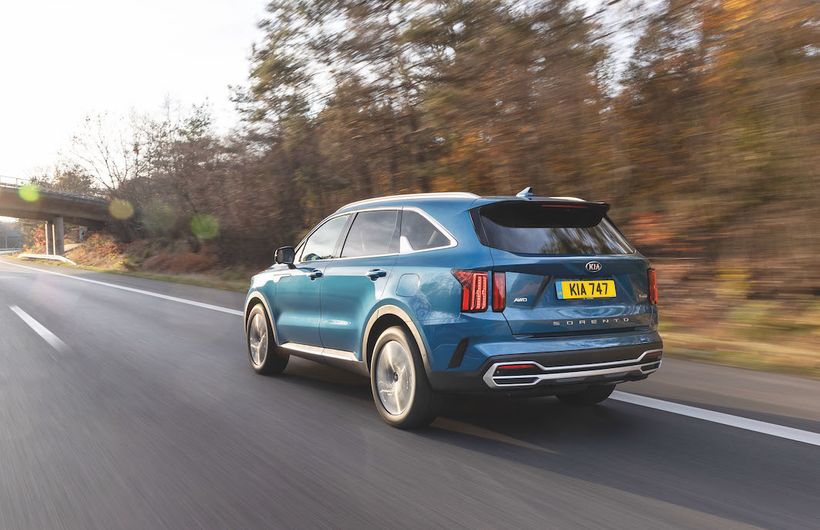 Big, fast, efficient. But costly too

The electric motor is powered by a 13.8 kWh battery pack, giving it a claimed range of 35 miles. On the official tests, the Sorento produced 38g/km of CO2, which gives it a benefit-in-kind rate for company car drivers of 11% for the 2021-22 tax year.

Private buyers will need to watch out for the ‘luxury tax’ loading though. As every Sorento PHEV has  a list price above £40,000, they will be subject to extra road fund licence costs.

Charging is via a relatively slow 3.3 kW on-board charger, meaning the battery will take around five hours to charge fully. Most rivals offer 7.2kW or even rapid charging options.

Like all Kias, the Sorento PHEV is covered by a 7-year/100,000 mile warranty on the whole car. While this is better than most rivals for the non-electrical parts, it does mean that the motor and battery pack cover is actually a year less than other electric and hybrid cars. 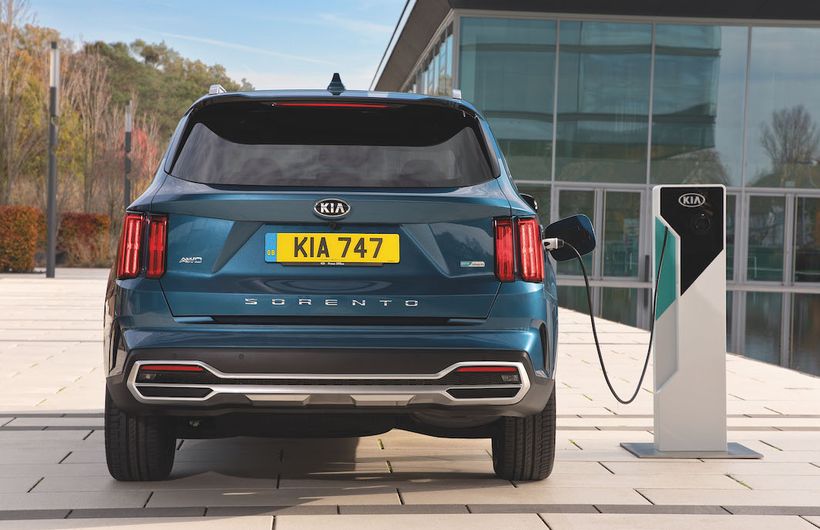 4WD and seven seats are standard