Back in 1982, a Lamborghini Countach was considered the ultimate supercar. It was the subject of posters, calendars and music videos because it was expensive, tricky to drive and powered by a massive 4.7-litre 12-cylinder engine. It could sprint from 0-62mph in 5.9 seconds. The Lotus Esprit Turbo was almost as dramatic to look at and considered exotic enough to be James Bond's favoured transport in two films. It managed the same benchmark in 6.4 seconds. Today, a Hyundai IONIQ 5 can get to 62mph in 5.2 seconds, while a Volvo XC40 family SUV will do it in under five seconds.

Is this progress, or are electric cars just too fast? Do we need a family SUVs with the sort of acceleration which will embarrass exotica on a drag strip? We looked at the data and asked some experts for their opinions.

Although maximum speeds have generally been governed (99mph seems to be a bit of an industry standard), it is the acceleration which causes concern.

The Countach is now easily outdragged by a Volvo SUV

The Model 3 Rear-Wheel-Drive is Tesla’s slowest offering, slouching to 62 in 6.1 seconds. There are plenty of electric supercars that make this look pedestrian. The Porsche Taycan Turbo 2 will hit 62 in 2.9 seconds, its Audi e-tron GT cousin is not far behind at 3.3 sec. The Lotus Evija will cover the same amount of tarmac in less than 3 seconds, the Rimac Nevera in under two. The fastest Tesla? That’s the Model S Plaid at 2.1 seconds.

“Electric cars do drive differently,” said John Edy, who runs the Sittingbourne-based Redy2Drive.com driving school and has taken on a Hyundai Kona electric because an increasing number of clients think learning to drive an electric car is sensible. With around 200hp on tap he thinks the Kona is insanely powerful for a family car, and “it sits in the lowest drive setting” when working. Even so, Edy’s electric learner car will hit 62 in 7.9 seconds, a figure that wouldn’t disgrace a 1980s hot hatch.

Edy said that his pupils quickly adapted to the Kona’s linair power delivery and one pedal driving thanks to regenerative braking, and in normal conditions don’t use the power it has on tap. But he questioned the necessity of having it in the first place.Richard Gladman is head of training at the IAM RoadSmart advanced driver training body, and recently spent time driving the Ford Mustang E and Volvo C40.“At no point did I think the performance was too quick,” he said. “You just don’t press the accelerator so hard.” 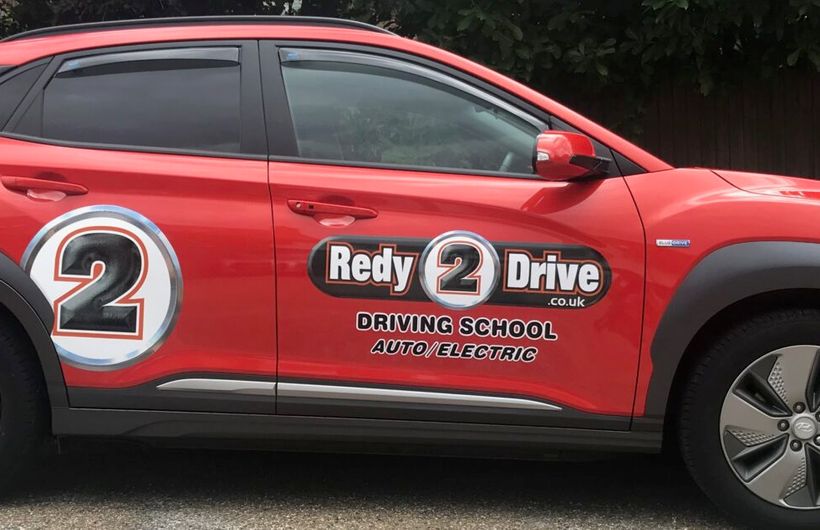 Gladman sees little evidence of electric cars slamming into solid objects as their incautious owners show off their acceleration.“When the original Audi Quattro came out in 1980 a load of them were advertised in the classified adverts as damaged salvage. I think they got crashed mainly because the turbo lag was like being hit with a cricket bat. I certainly haven’t seen a glut of damaged Teslas,” he said.

It’s difficult to get evidence one way or the other, although an insurance industry insider told us that Teslas tended to come to grief in the first 14 days of ownership thanks to newbie owners showing off their accelerative prowess. This, along with parts availability issues and non-compliance with some security standard, is why the premiums on Teslas can come as a shock to new owners. A Model 3 is rated as being in insurance group 50U - the highest ranking possible.

“The average premium for EVs tends to be higher currently as these are typically newer and of a high specification than the full range of petrol and diesel vehicles available,” said a spokesperson for insurance giant Admiral. “Pricing is dynamic and a wide range of factors, including the make and model of the vehicle, are taken into consideration to calculate a price based on the risk someone presents to us. These don’t work in isolation but are assessed together to work out the likelihood of the customer making a claim in future. As a result, prices will vary from customer to customer and car to car.” 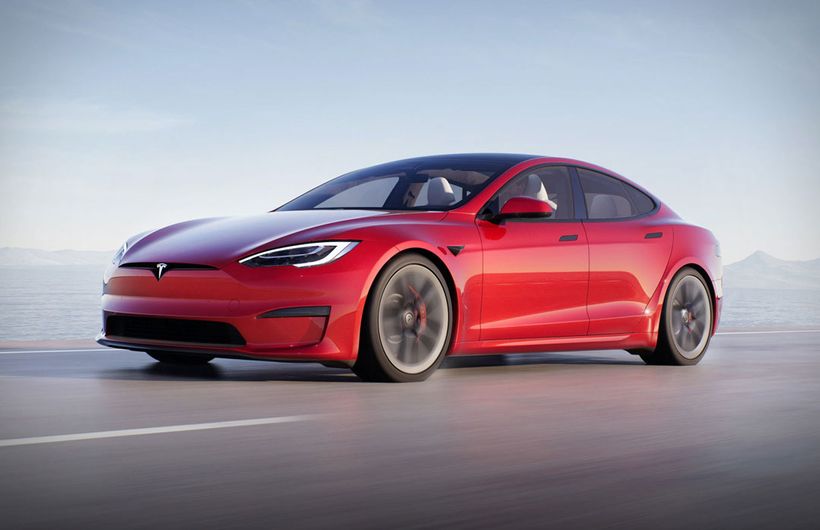 Teslas are pricer to insure than your average saloon

So, performance is a factor, but not the only one. Richard Gladman thinks that electric cars will simply become the normal mode of transport for the incoming generation of young drivers, and that most of them will favour the semi-autonomous driving aids that are fitted to many of these cars that encourage safe driving. “I don’t think we’re going to have a driver zombie apocalypse. If young drivers are taught with a particular type of vehicle, most of them will respect it,” he said. Naturally, he thinks post driving test training to spot and anticipate trouble should be encouraged, “but that would be true with an electric car or a bicycle.”

As with many advanced driver trainers, Gladman has a police background, and said that when the Metropolitan Police bought BMW i3 it had issues over how quickly they accelerated (sub 7 seconds 0-62 for the i3s), and whether they should be classified as response or advanced vehicles “because the performance was broadly akin to a BMW 530d.”

Advanced vehicles could only be driven by officers who’d undergone a month of specialist training, and the Met baulked at the idea of doing this to allow them to drive what were effectively battery powered panda cars, so the i3s were classed as response vehicles, allowing more coppers to drive them.

There’s clearly a road safety argument to be had about cars that are very quiet and very quick in a straight line, and this is likely to become more pressing as the number of electric cars on the roads increases, but at this stage it’s a cause for concern rather than panic. 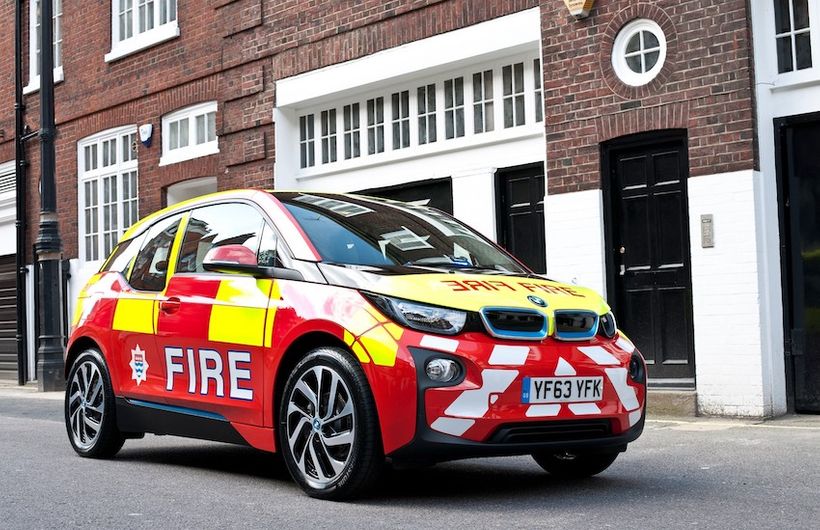 But is there a downside to all this performance? It certainly adds cost, not least with those insurance companies. Tesla is the hardest hit – even the Model 3 Long Range is lumped into insurance group 50U, along with exotic supercars. There are a few reasons for this, such as parts availability issues and compliance with industry security standards, but the effortless acceleration is another factor.

This power also means other parts of the car have to be beefed up to cope. Tyres need to be wider and wheels larger. Brakes also need to be upgraded and kept cool. This adds weight and drag, hurting the efficiency and increasing cost.

For this reason, two new ‘family-focused’ new cars have actually tamed the power delivery on offer to give a more relaxing drive. Both the Kia Niro Electric and MG5 have longer 0-60 times than their predecessors, much to the despair of tyre sellers across the nation.

But other car makers are sticking with the speed for understandable marketing reasons. A Jaguar executive, who didn’t want to be named, told us: “The I-Pace has the same sort of performance as an AMG Mercedes or Porsche Taycan. That means we can justifiably charge £70,000 for it. If we were to do a version which had one motor it would have 200bhp and an 8-second 0-60 time. We would save some money on the parts, but rivals at that level are £40,000 and we couldn’t make a profit at that level.”

So perhaps that performance is an essential part of helping acceptance of electric cars and convincing petrol heads to make the switch. Is it working? It certainly seems to be with the younger generation. If we take the ‘bedroom wall’ survey as evidence, there are currently 140 results for a ‘Lamborghini poster’ search on Amazon. Ferrari does better with 180. But Tesla? 811. Electric cars have fast become the new heros. 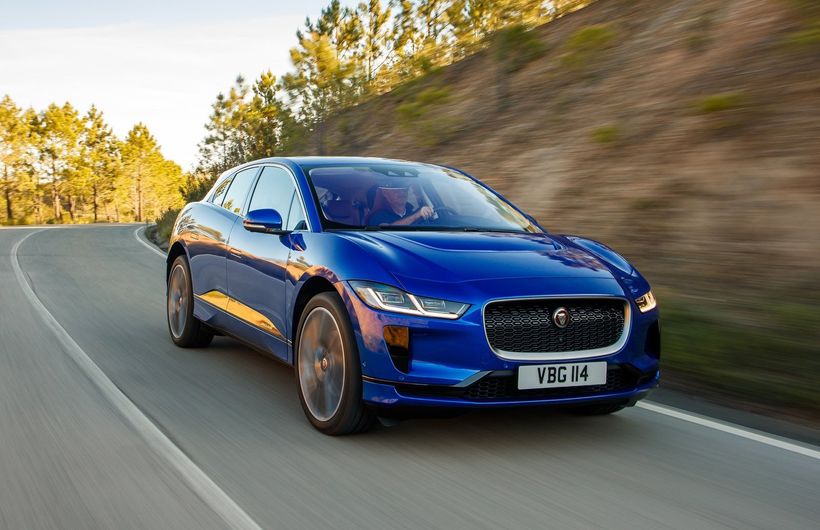 Would we love the I-Pace as much if it only had 200bhp?
Continue the conversation in the Electrifying forum

A retro-style Estonian electric three wheel coupe with a built in espr...