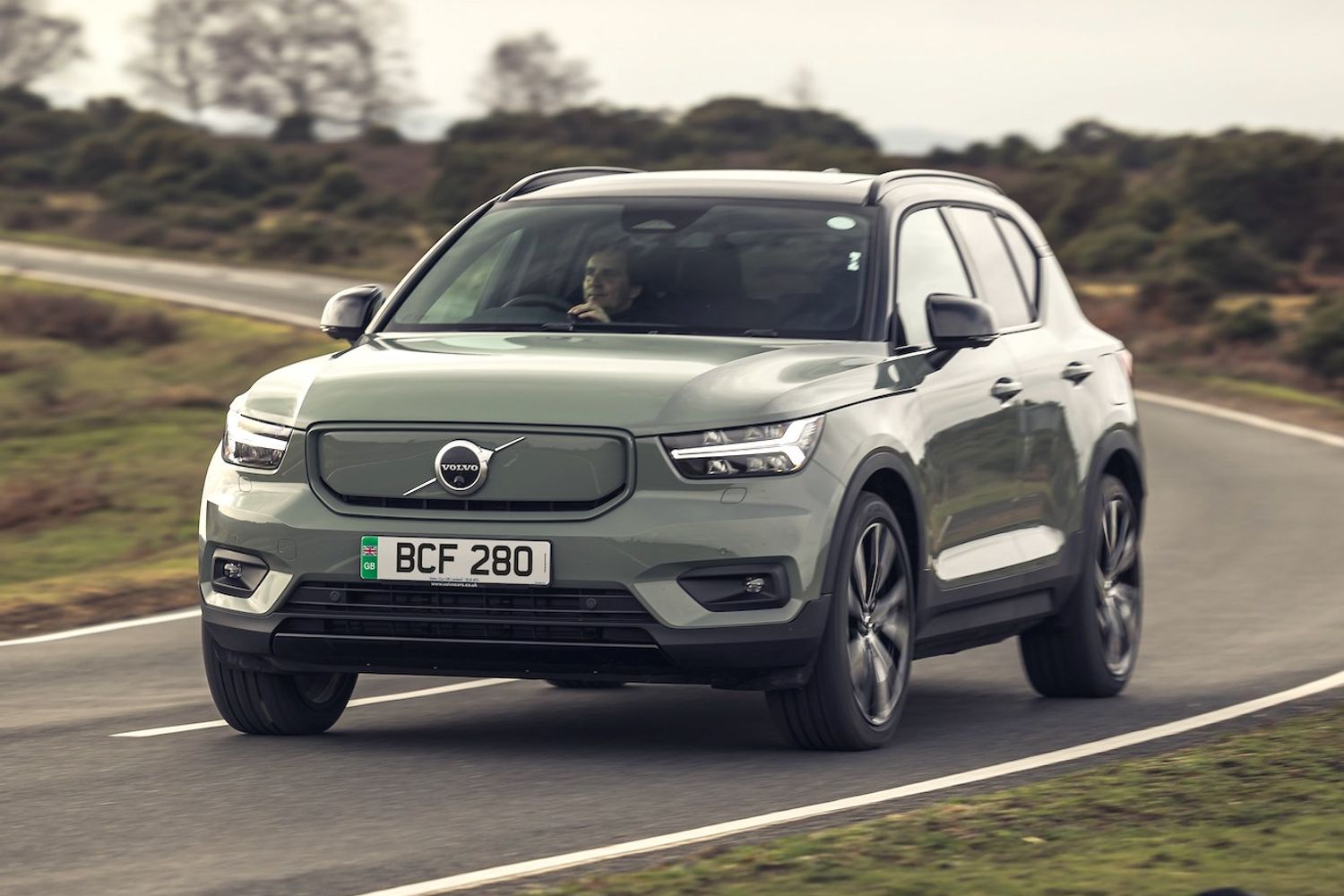 The XC40 Recharge was a car we were really looking forward to when it was announced. When we finally got behind the wheel we were disappointed though. Hopefully the cheaper models with smaller batteries (and wheels) will make more sense.

When the all-electric Volvo XC40 was originally announced in 2019, the world was waiting for was a pure electric SUV which was more affordable than an Audi e-tron, Mercedes EQC and Jaguar I-Pace but a step above something like an MG ZS. It meant the Volvo XC40 Recharge was one of the most eagerly-awaited new arrivals. But in the time since then, the world has caught up and there are plenty of rivals who beat Volvo to the market. Is it too late to be a winner?

It's available in three versions – the Twin, Twin Plus and Twin Pro, and the cheapest is just under £50,000. However Volvo says the price is pretty much irrelevant as 95% of the cars it sells to people (rather than companies) will be leased at around £620 per month on a three-year deal or £100 more if you subscribe with a three-month notice period.  If you do want to actually pay the whole amount up front, they'll also throw insurance and servicing in for the first three years as part of the package.

It's a lot of money, but the XC40 does seem to offer a lot. For starters, it is really fast. Its two motors produce 402bhp, which is more than a Porsche 911. In fact, each of those two motors is more powerful than the top-of-the-range petrol engine in the XC40 line up.

If you don’t use too much of that performance when driving the official figures suggest you’ll be able to travel about 250 miles before needing a charge. When you finally do need to plug in, it’ll accept one of the new 150kW rapid chargers, allowing you to get to 80% capacity in about 40 minutes.

It’s not the only interesting technology in the XC40. It's the first car to feature Volvo’s new infotainment system which is powered by Google’s Android operating system. It has the best voice recognition of any car and, just like Teslas, it will get updates over the airwaves so it can have the latest apps and software. You wake up one morning and your car will have upgraded itself.

The rest of the car is pretty much standard XC40, which means it’s got a lovely interior, and although the boot is a bit smaller than the non-electric version, you do get an extra 31 litre compartment under the bonnet to store your charge cables.

On the road, the XC40 has some great qualities and at motorway speeds and on smooth roads it feels very solid and confidence-inspiring. But for us at least the car really can't cope well with broken road surfaces as the combination of stiff suspension and sporty low-profile tyres makes driving on country lanes uncomfortable.

We reckon this is a byproduct of having a lot of weight and big wheels. These are needed because the XC40 is so fast, which in itself is a little inexplicable. People don't buy a family SUV to drive quickly in a straight line, and the performance is just unnecessary, bringing compromises and cost. Hopefully the cheaper versions which are due soon will be better balanced all round.

Before we signed for a XC40 P8 like this we'd be tempted to wait for the arrival of the SUV-shaped, more practical Tesla Model Y, which we reviewed here, or try a BMW iX3.