Space race: We find out which electric cars have the biggest boots

Electric car makers used to have a problem putting the boot in. Batteries and electronics are big, and sometimes they had no choice but to put them where luggage space would be in a petrol or diesel car. But now many electric cars have been designed from the ground up to accommodate the hardware and to make the most of not needing an engine. As a result, they are actually more spacious than a conventional car.

So, we’ve pulled together an electric load luggers’ guide, to find out just how accommodating for your gear some well-known electric cars are - including some cars you’ve suggested. With new models arriving all the time, our luggage list can never be completely definitive, but we hope it will save you reaching for the tape measure.

By the way, our bootiful rankings use the capacity figures taken with the back seats up, and as we reveal, some of our choices do rather better when they’re folded down.

That’s certainly true of the Renault Zoe hatchback. With the back seat up, there’s a not ungenerous 338 litres of boot. This increases to 1,225 litres with the backrest dropped, which is 156 litres more than the Zoe’s Clio cousin can manage, although it edges ahead with rear seats in place at 391 litres. The Zoe has been around for a while now, and some versions didn’t have split rear seats. So if you’re a parent who's bought a load of compost bags and doesn’t want to leave your child at the garden centre, this will be quite annoying. If it’s just you and the mulch, the single backrest is removable for even more space. But it might be an idea to check if you’re buying a used one.

For comparison the dinky Honda e will take 171 litres of stuff with the back seat backrests standing to attention, and 861 litres when they’re folded away. A case of little and larger. The generally bigger Vauxhall e-Corsa posts luggage space specs of 309 and 1,118 litres. 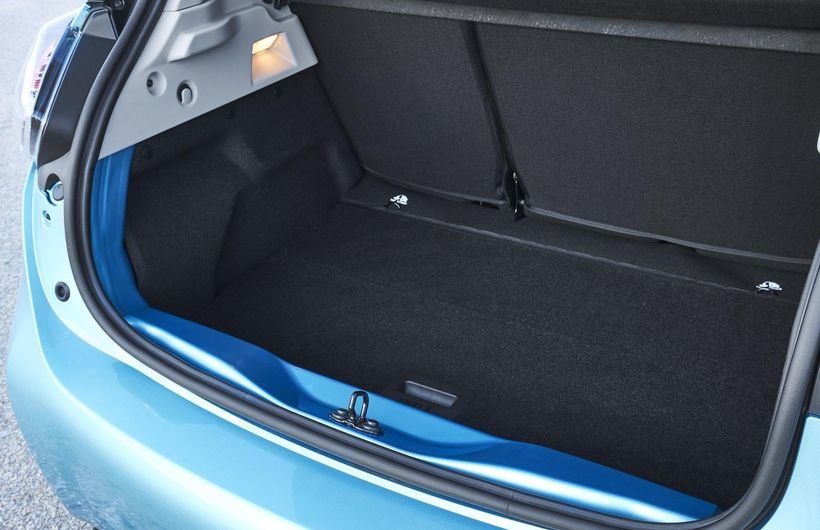 The Mercedes EQA is compromised by having to share its bodyshell with conventionally-engined versions. On the outside it’s quite a beefy car but if every seat inside is occupied, it only has two litres more boot room than the Zoe. Fold down the seats and you get a rather more creditable 1,320 litres, but neither figure is brilliant compared to the petrol/diesel Merc B-Class with carrying capacities of 455 and 1,540 litres, depending on what you do to its back seats.

The bigger, intriguing looking fastback crossover Citroen five-door offers 380 litres and 1,250 litres of boot space, so even that is beaten by the capacious Peugeot.

The VW ID.3 is perceived as a more upmarket car, but both the Kia and Hyundai beat it for boot space. Back seats up and up and you can fill it with 385 litres of stuff, flop them down and this rises to 1,267 litres. By comparison the Golf comes in at 380 and 1,270 litres, a footling difference. 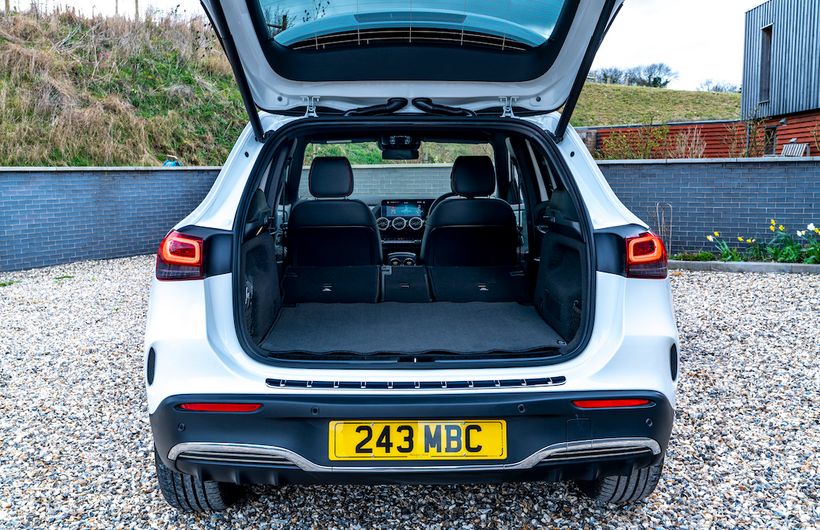 Mercedes EQA - beefy, but not roomy

Polestar’s take on the aspirational electric compact saloon doesn’t look like a hatchback, but it actually is, making it more practical than rival Tesla's Model 3 in many ways. But the boot is actually a bit smaller than the Tesla’s, with just 405 litres of space. But even that's much better than the comparatively huge Polestar 1 - that only has 126 litres

Let’s consider something exotic. You’d imagine the Porsche Taycan would have about enough boot space for a pair of Gucci loafers and a monogrammed spongebag, and you’d certainly get them into its 81 litre front luggage locker. However, behind the back seats is a surprising 407 litres of space, and they fold to create an extra…. Hang on, Porsche doesn’t seem to have that figure, and we couldn’t find it anywhere else either, so instead will commend the Taycan’s flat luggage floor. If you really want to be practical, there’s the new Sport Turismo version with a hatchback and 446 litres of space. Fold the seats and you get 1,212 litres.

The first Tesla to make the cut is the Model 3, the thrusting corporate go getter’s electric saloon car of choice. Its makers seemingly have no idea how roomy its front luggage locker is, but the bigger Model S has a dinky 59 litres, so you can expect something similar. The Model 3 looks like a five-door hatchback, but has a saloon boot with a slightly awkward aperture. Behind it is a 425 litre space. You can fold down the back seats to accommodate flatpacks, a feature shared with the petrol/diesel powered BMW 3 Series, which has a 480 litre boot for comparison. 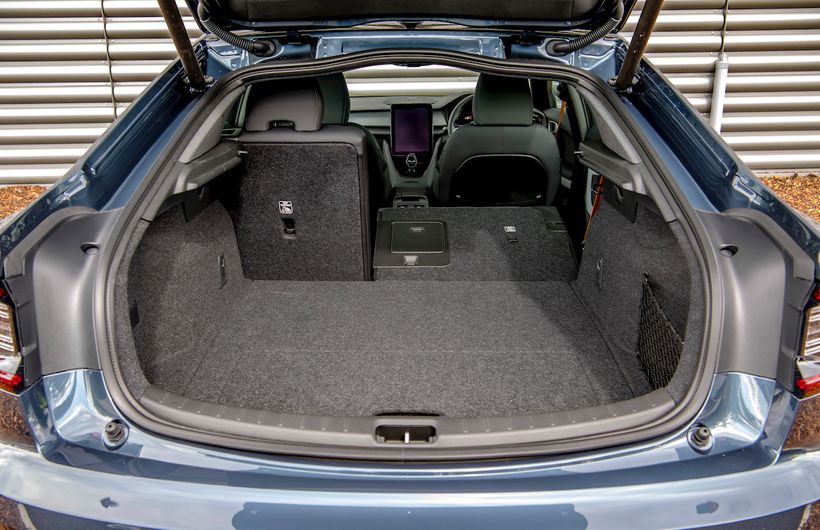 The distinctive looking Peugeot five-door mini-SUV boasts a Leaf-beating 434 litres of luggage deck with the back seats raised. Fold them away and this rises to 1,467litres.

You won’t be short of space in the ubitquious Nissan Leaf, which boasts a more-than-respectable 435 and 1,176 litre luggage space ratio. This compares well with the similarly sized Ford Focus (think 341 and 1,300 litres), which we chose because Nissan no longer sells the Pulsar hatchback here. However, the Leaf’s batteries live under the rear seat, so the backrest doesn't fold flat, resulting in a rather split-level loading deck.

The Hyundai IONIQ electric and the e-Niro have family connections, as Hyundai and Kia are part of the same giant industrial combine. The IONIQ’s luggage capacity goes from 443 to 1,505 litres, a bit less then a bit more than the Kia, and actually ahead of the fossil fuelled Hyundai i30, whose boot space vital statistics are 395 to 1,301 litres. 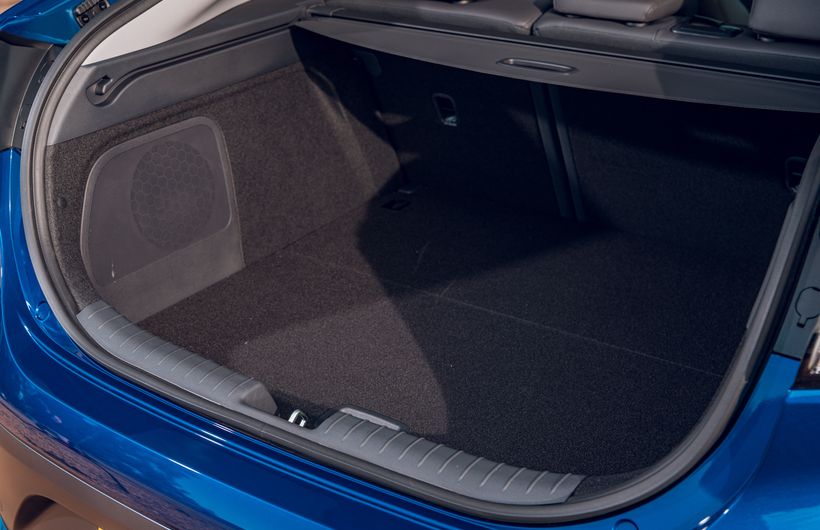 The value-for-money ZS EV represents something of a bargain buy. It’s a decently spacious one as well, with boot vital statistics of 448 and 1,375 litres. For those who don’t want to go up in the world with an SUV, there’s the MG5 estate, which Tom Ford reckons isn’t an exciting car, but it’s an uber-practical, quietly impressive one (see his video test here). And there’s even more luggage space than the ZS EV -think 464 and 1,456 litres.

Electric car drivers thinking of turning over a new leaf (sorry) and moving on from the pioneering Nissan might consider the Kia e-Niro as an alternative, and it does even better luggage space-wise, with a seats up luggage literage of 451, and 1,405 with them folded, creating a less cluttered loading bay, although the e2008 beats it too for luggage room.

Or to give the car its full name, the First Edition Recharge P8 Pure electric. It probably took you nearly as long to read those words as it takes the car to reach 62mph - just 4.9 seconds. As you contemplate this and the achingly designer materials Volvo uses in the car’s interior, consider how much room the car has for your luggage. There’s 452 litres worth, or 1,456 litres with the rear seats folded away. 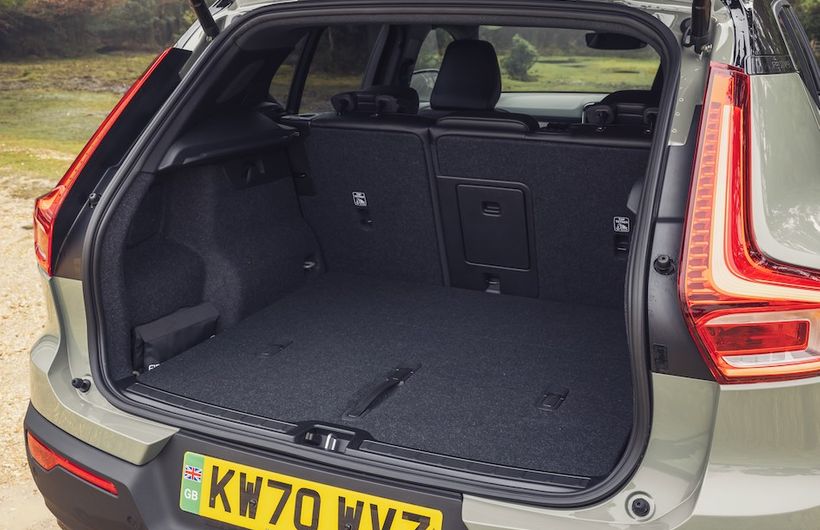 The Mustang Mach-E is a thoroughly modern fastback sports utility with 1960s styling overtones and some very 21st century technology. It still has a decent amount of room in the back for people and their chattels. Luggage space totals 502 litres with the back seats raised and 1,420 litres when they’re not.

The iX3 isn’t conventionally beautiful, but it’s one of BMW’s less outlandish looking offerings and few would complain about its interior packaging. The boot holds 510 litres with the back seats in place. Folded that rises to 1,560 litres, making the iX3 a bit of a wardrobe on wheels.

Next is the Volkswagen ID.4, which takes the bits of the ID.3 hatchback and stretches them in all directions to create more room. There’s lots of space for passengers but here we are looking in the boot, where there’s 543 and 1,575 litres.

It’s bigger and rounder than the SUVs we’ve mentioned so far, and it has more room in the back with the rear seats in situ at 577 litres, but when they’re folded down the Jaguar’s 1,453 figure is no longer top of the class.

VW ID.4 - big in all directions

The trouble for the Volkswagen ID.4 is that the sister car from Skoda does it even better – the Enyaq has 585 and 1,710 litres in its estate-like profile. That's huge for this class of car. The new coupe version loses 15 litres due to the swoopier curved back end, but its more aerodynamic and efficient, so it won't matter so much if you have to do two trips to carry the load.

Staying with slinky Germans, we come to the Audi e-tron. Although this car has a low slung, coupe profile and you wouldn’t get a DFS sofa into the back of it, there’s actually a lot of space. Back seats up it provides 615 litres worth. Fold them away and this rises to 1,665 litres. These figures are actually better than the conventional A7 Sportback’s 535 and 1,390 litre stats. 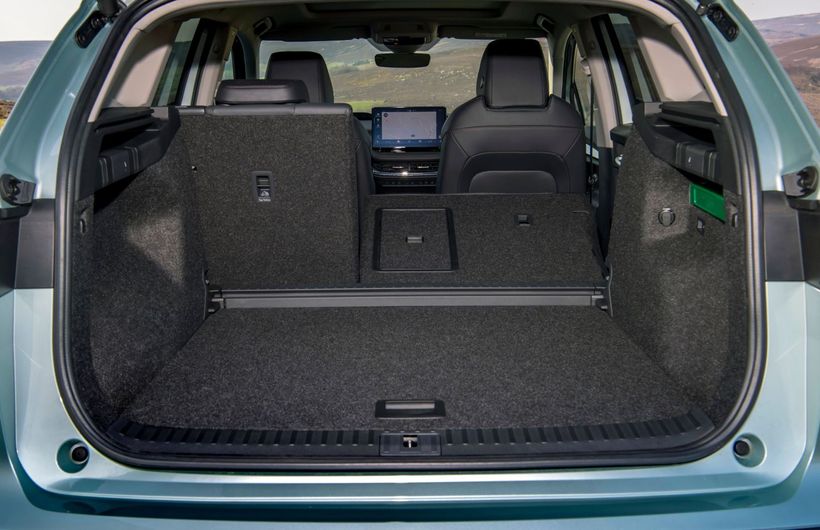 Which brings us to our boot space overlord, the starting-to-be-venerable Tesla Model S, which is still the electric car to beat for luggage room. It’s a hatchback too, so access to its 804 litre boot (with the seats up) is good. Fold them down and you have a 1,645 vista to go with another 59 litres in the car’s diminutive front bootlet (it used to be 150 litres, but an extra motor has pinched most of the space).

The one Tesla with yet more space is the Tesla Model X people carrier, but its maker has stopped selling the current one, and is keeping mum about how roomy its 2022 replacement is. A case of ‘watch this space?’

Wait a minute, there are electric cars that are more spacious still, but unlike the low slung Tesla, they have the advantage of being vans with seats and windows. Enter the unashamedly square Citroen e-Berlingo, which boasts twenty six storage bins that will swallow up 167 litres of coins, keys, travel sweets and leaky, fur covered ball point pens. Proper luggage room starts at 775 litres and ends at a frankly enormous 3,500 litres.The Citroen is usefully ahead of the bug eyed, van-based Nissan e-NV200 Combi, which nonethless has a shed like interior with either five or seven seats. Its luggage stats range from 280 to 2,940 litres. So that’s still plenty of space to lie down for a rest after researching a lot of data about electric car boot sizes. 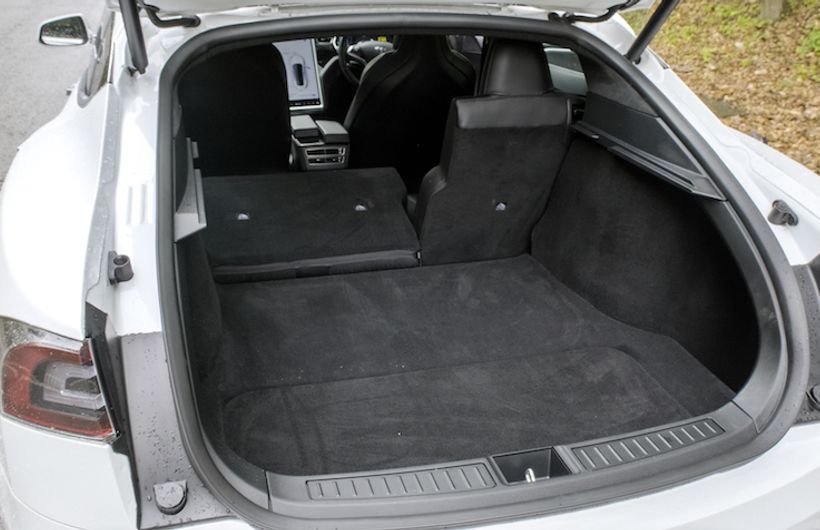 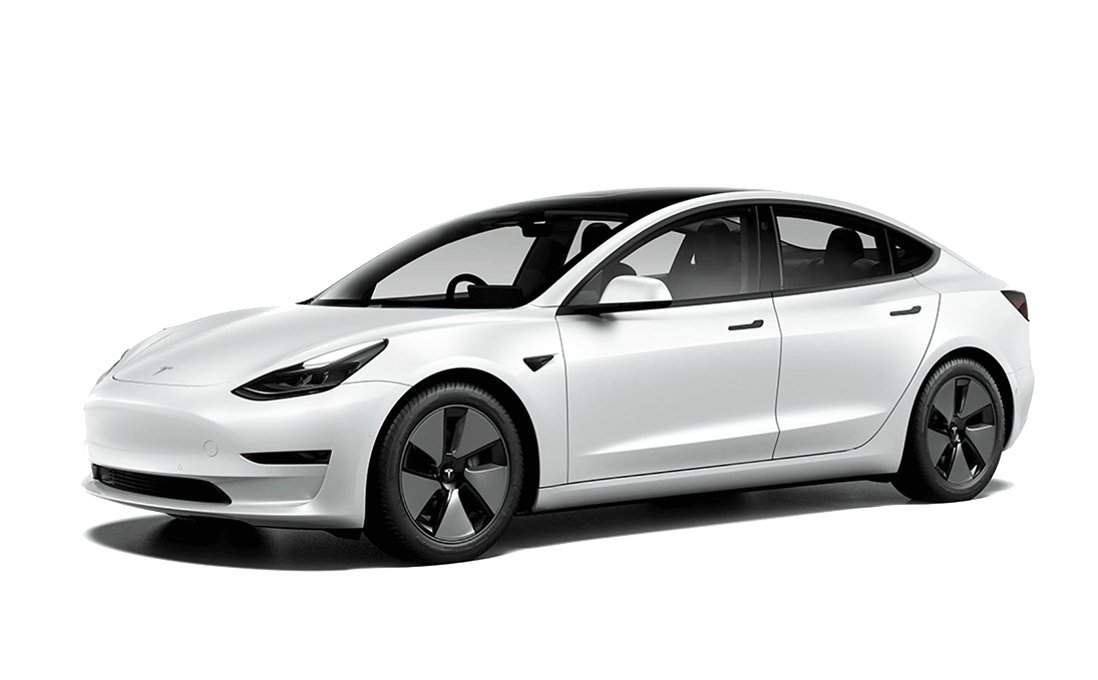 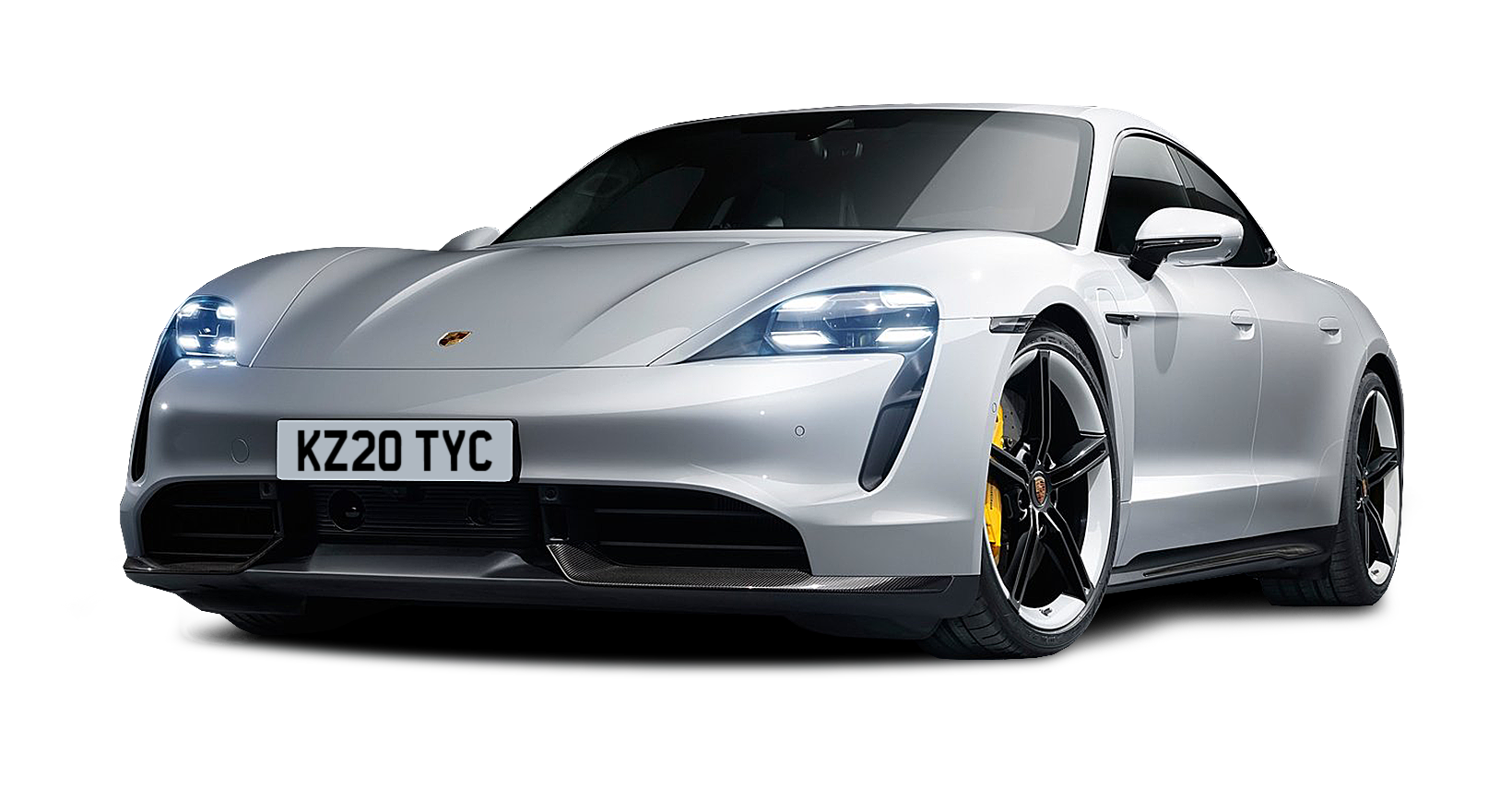 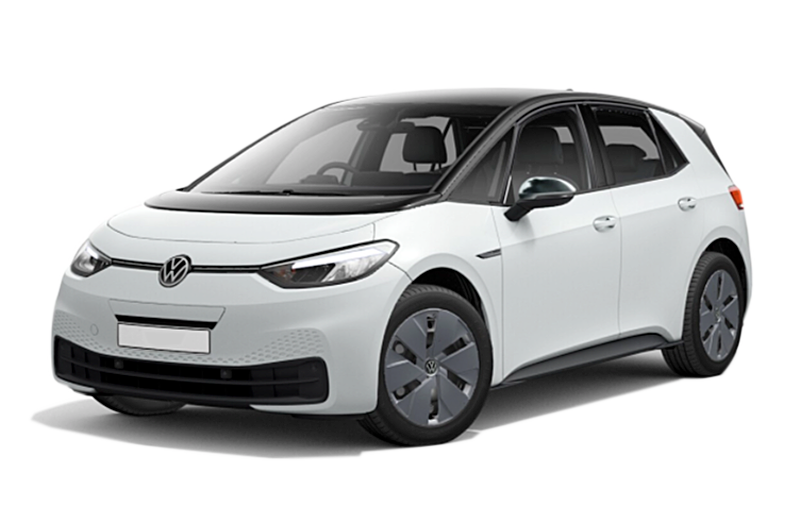 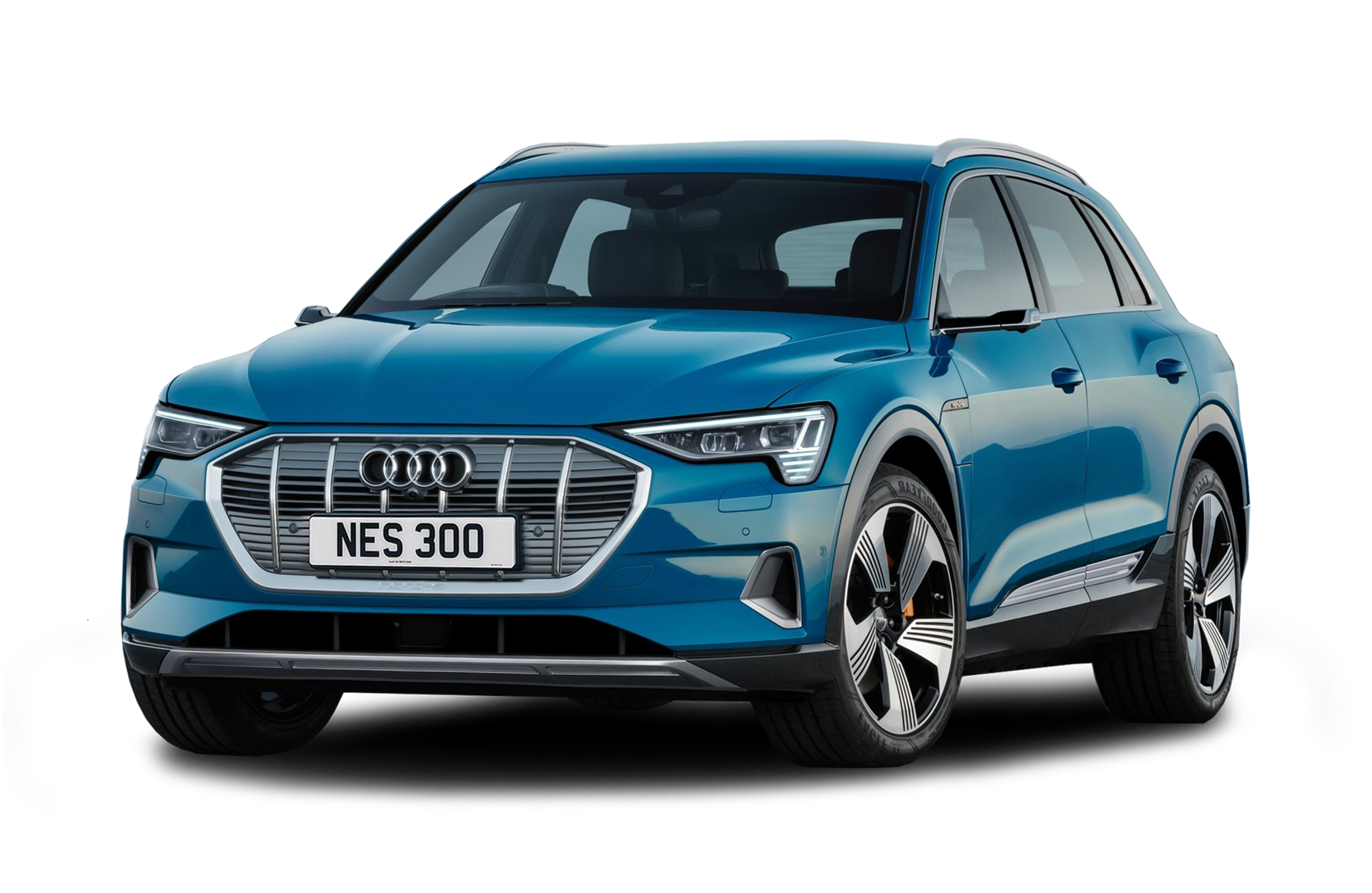 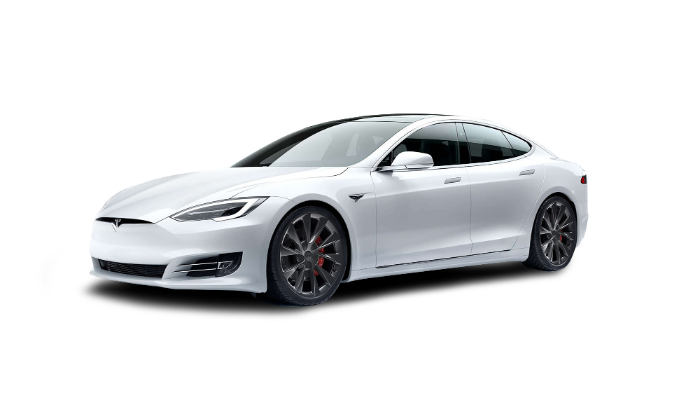 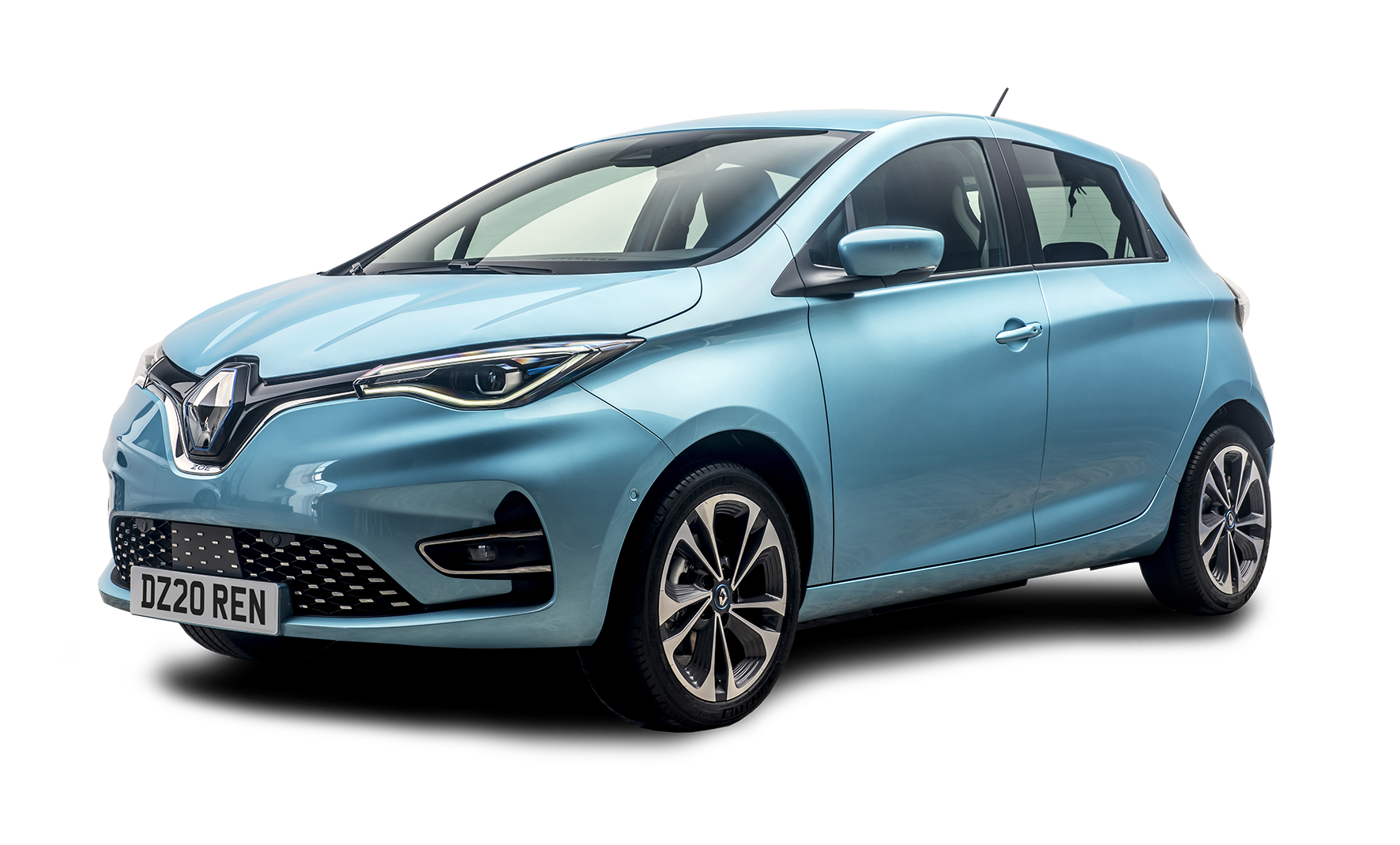 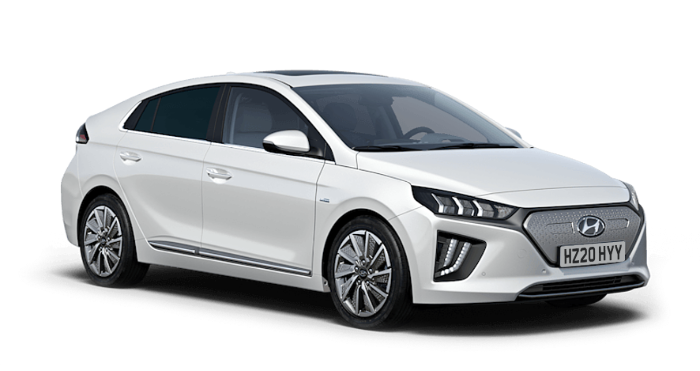 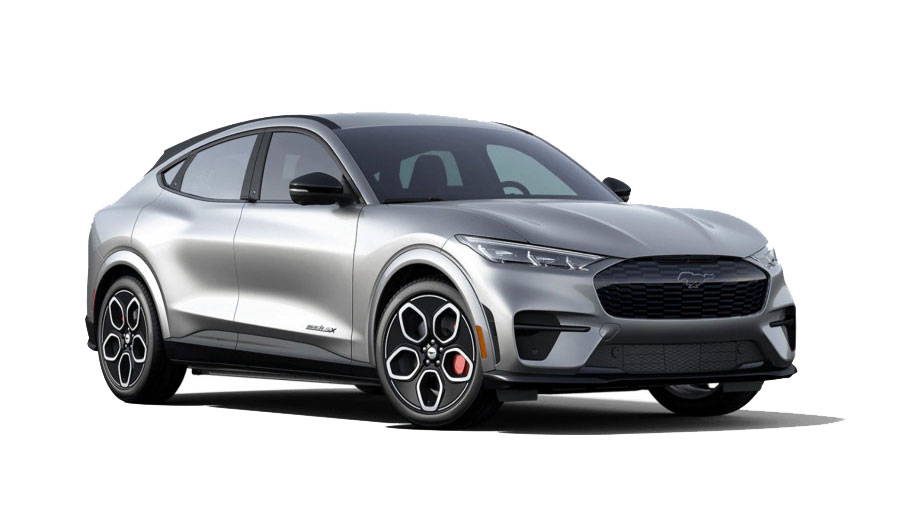 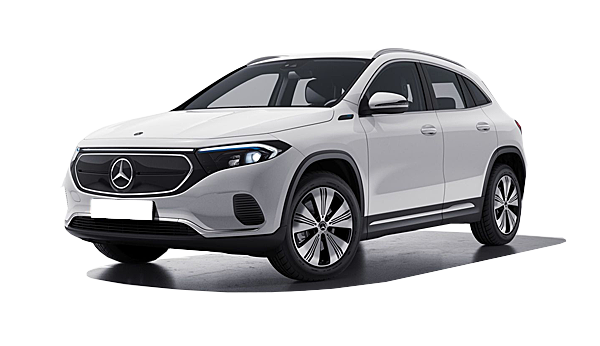 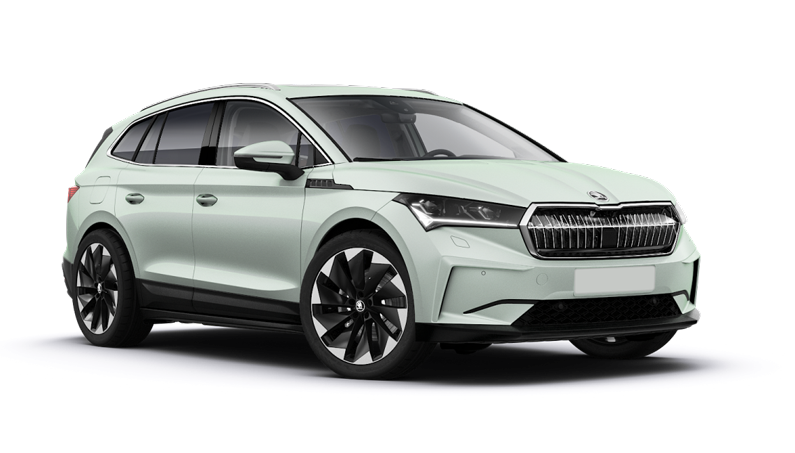