It’s another electric SUV from BMW, but the iX1 is the sweetest of the bunch. It’s the cheapest, for starters, kicking off at a mite over £52,000. It also offers four-wheel-drive, something the larger and more expensive iX3 currently doesn’t.

“Everyone at Electrifying HQ shed a tear when the innovative i3 was killed off and we sneered at the thought of yet another SUV as its replacement. But I have to admit that the iX1 would actually make for more sense for me as a family car.”

“A much more conventional (not as cool) effective replacement for the i3, the new X1 also comes as PHEV and petrol. But a near 65kWh battery that gives 270 miles of max range max? That's a little disappointing compared to the i4.”

Electric car enthusiasts will take an instant dislike to the iX1 because it replaces their beloved i3. The innovative hatchback was finally killed off a few weeks ago to make way for this - a conventional and somewhat generic SUV. But, BMW will argue, this is what customers want. It might not be ground breaking, but it makes business sense. And after driving it we are warming to the idea too.

As with the existing i4 and iX3, the iX1 shares its body with conventional petrol and diesel models, but BMW expects a third of new X1 sales to be the fully electric version. The iX1 will roll down the same production line as its ICE relations so that manufacturing can be flexible to customer demand. That should be good news for supply, and help avoid the long waiting lists which currently affect the i4 especially.

On the outside, you’re looking at a car which is far smarter than the old X1s. It’s grown in every dimension but that simply means more wheelbase for extra passenger room and wider tracks for smarter handling. We’d argue it looks like a fully fledged SUV, even though it’s BMW’s smallest offering in the sector.Inside, a fancy new 10.7in curved touchscreen has filtered down from the more luxurious iX model, and while you’ll be tempted to immediately hook your smartphone up to it – Apple CarPlay and Android Auto operate though Bluetooth – you’ll be missing some extra functionality if you do.

The iX1 pairs 64.7kWh of usable battery with an electric motor at each axle, the headline figures being 308bhp and up to 272 miles of range. The latter is just 13 miles down on the iX3 while the former is actually a bigger number than the larger model in the range. It’ll charge at 11kW AC as standard – going from 0-100 per cent in six hours – while optional 22kW charging cuts this to 3h45m. It’ll accept up to 130kW of DC charge, completing 10-80 per cent in around half an hour.

The car's navigation will help you shorten lengthy journeys by using the native sat nav. Firstly, by finding ideal charging spots and navigating you around them if someone naps the last socket before you get there. Secondly, by pre-warming the battery on your approach to a vacant charger to ensure power is taken on board at full speed quickly rather than building up. It’s a neat stepping stone on the way to EVs being friendly long-distance companions. And a welcome one, because this is a very solid SUV and a car you’ll be happy taking on long trips if the charging suits.

The electric iX1 is a much more interesting proposition than the petrol and diesel X1s it launches alongside (a pair of PHEVs will follow), being quicker, cleaner and notably more refined.

Indeed, this is a quick car, capable of hitting 62mph in 5.7secs, which is what most hot hatchbacks claim. The top speed is 112mph. Unlike the coarse-sounding petrol model we tried, the iX1 makes a more pleasing artificial noise if you’ve got ‘IconicSounds’ switched on, piping in an electric warble overseen by composer Hans Zimmer that builds and intensifies as if the motors are revving.

While it’s fun – and comes with movie director kudos – you’ll turn it off quickly if you value the peace and quiet electric cars usually wear as a badge of honour.

It’s not the only touch that iX1s boast over their petrol and diesel relations. You also get a wealth of regenerative braking levels, including the Adaptive mode seen on the iX3, though this might irritate those who enjoy driving as the car decides how much to slow down when the throttle is lifted based on nav and front-camera data.

It's better to stick the regen into its middle mode if you’re not a fan, while slotting the transmission from D to B turns this into a fully one-pedal car. While this works neatly in town, it's less effective on quicker roads.

At 2,085kg the iX1 is a bit on the chubby side, especially compared to the famously lightweight i3. It's also over 300 kilos heavier than a comparable petrol or diesel. But it’s nearly 200kg lighter than its iX3 sibling and handles its mass as well as you could hope, while the powertrain operates with utmost professionalism.

The iX1 favours its front motor in day-to-day driving, so most of the time you’ll be pottering around using half of its potential power in a front-wheel-drive car. The very thing BMW famously railed against in previous generations of car, and the format now used by VW's electric cars.

Those still keen on sharp handling will be relieved to know the rear axle has no hesitation in getting involved when grip conditions or the childishness of your right foot dictates. The rear motor’s intervention is uncannily smart and you’ll exit junctions with utmost smoothness, however clumsily you hoof the throttle.

The steering is light and not brimming with the feel of a 3-Series but it shouldn’t offend. It’s a neat and tidy car to drive without ever being an outright thriller.

Our first drive was in Germany, where its ride comfort never offended, but full judgement will wait until we try it on the UK’s less cared-for roads. Our hunch is that the optional 20in M Sport alloys might be a touch too much, especially given this may primarily be family transport.

Front seats get the option of massage functions while there’s another 22mm in the wheelbase over the outgoing X1, to the immediate benefit of anyone climbing into the back. Rear seat passengers will be basking in the kind of room normally found in SUVs a size bigger – handy given the batteries naturally eat into room a little over stock X1s, as well as robbing them of sliding/reclining rear seats. Nevertheless, boot capacity suffers far less than you might fear, peaking at 495 litres seats up/1495 litres seats down.

The open-plan feeling on board – aided by BMW’s new curved touchscreen and its major spring clean of traditional switchgear – is shared with the 2 Series Active Tourer. And there’s definitely a bit of a late-Nineties MPV vibe to the interior, which is praise rather than criticism. For years, car interiors have favoured earnest tones and a feeling of cosiness as ‘premium’. This is BMW claiming back brightness and roominess as a virtue, and while you might miss iDrive’s famous rotary wheel when you first navigate the vast touchscreen, there’s no doubt this is a car well suited to the task at hand. Some pretty natural voice control is there to help if the screen gets a bit discombobulating.

This a BMW we’re recommending on its practicality and interior design over its chassis verve. Which is a slightly odd feeling; cars made by this brand have a tradition of topping their class thanks to dynamic star quality. If you can live without a laugh-out-loud chassis beneath you, though, BMW has made a very adept electric family car in the iX1. It's expensive, certainly, but we can expect cheaper models with only one motor to appear later. BMW's smallest plug-in SUV might be the one that slots into your life most simply. 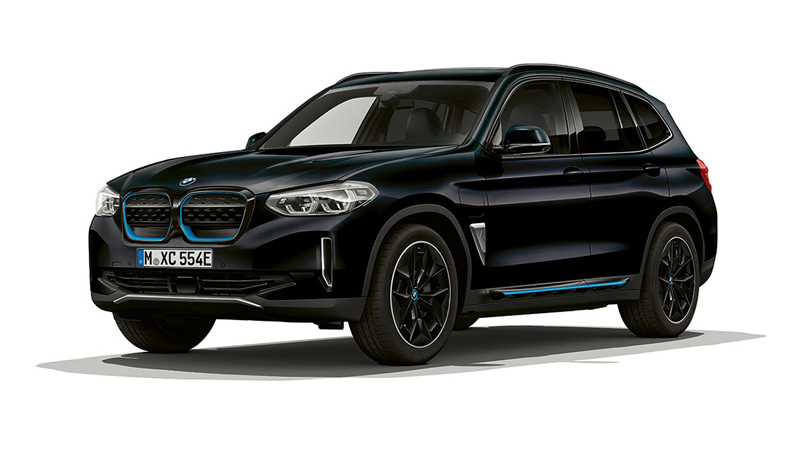 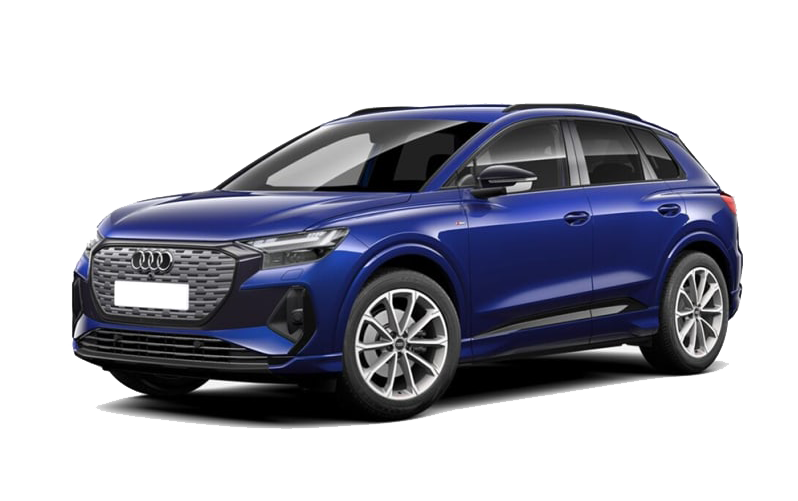 Discover the all-electric BMW iX1 with a test drive from BMW. Subject to applicant status and availability.