Jeep’s characterful Renegade now comes as a PHEV, but it’s pricey and a little unrefined. It’s brilliant off-road, though.

“The Renegade has always had a bit more honesty about it than other small SUVs. Rather than just being a pumped-up hatchback it does have some real off road ability. By driving one set of wheels with petrol and the other with electric, Jeep has made a hybrid that is efficient and good in the mud.”

“Jeeps with PHEV drivetrains are actually pretty good if you have charge in the battery - electric motivation being most excellent for metering power off road. The problem is that the Renegade has short-ish range for a large-ish battery, and you can’t charge up in the wild. It’s also decidedly average as a road car.” 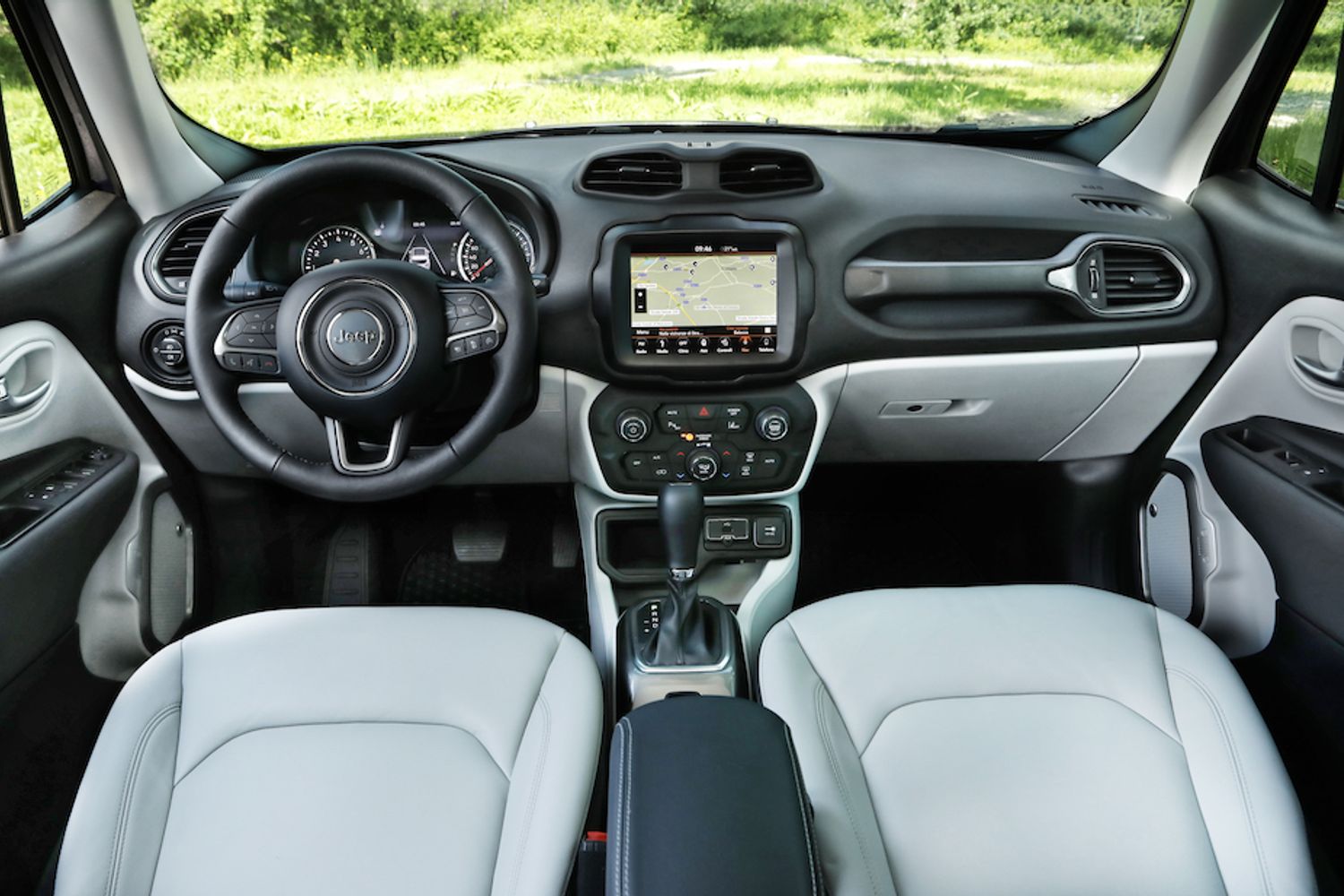 As small SUVs go, the Renegade is surprisingly roomy thanks to its boxy shape, which marks it out over rivals like the Renault Captur E-TECH and MINI Countryman Plug-in Hybrid. There’s loads of room up front and in the back taller passengers will love the masses of headroom. The battery pack is hidden under the rear seats and the electric motor is positioned in the middle of the rear axle. The AC/DC converter does pinch 20 litres of boot space but there’s still plenty of room and there’s some underfloor storage and, rather amazingly, there’s space for a spare wheel despite the electric motor. It’s touches like this that make the Renegade a well-designed PHEV, as most small SUVs have to live with compromises like no underfloor storage or a puncture repair kit as opposed to a spare wheel.

There are cheaper PHEV SUVs than the Renegade 4xe but Jeep does throw in quite a bit of standard tech. All cars get an 8.4-inch touchscreen with Apple CarPlay and Android Auto and there’s a colour screen in between the dials, too, which gives lots of information about speed, radio, navigation and what the hybrid system is doing. Hill Descent Control is standard as well, and when you move up through the range other tech like adaptive cruise control and other safety equipment is thrown in.

When the Renegade was originally tested in 2014, independent crash testers EuroNCAP awarded it a full five stars with an 87% score for adult protection and an 83% score for child protection. Jeep facelifted the car in 2018 and in 2019 EuroNCAP tested it again but downgraded it to three stars. A more rigorous test highlighted the Renegade’s lack of safety kit that’s either included as standard or available optionally. While the Renegade’s score is disappointing compared to rivals like the Renault Captur E-TECH, the Renegade is still a safe car with all-round airbags, adult and child protection scores of 82 and 84% respectively, while forward collision warning and driver tiredness monitor are included as standard.

« RangePerformance »
Own a Jeep Renegade 4xe or looking to buy? Tell us about your experience