Mercedes ignores the trend to create purpose-built electric cars, instead giving us a mini-SUV based on the existing GLA. It's competitive but compromised as a result.

“If the EQA had have been launched a year ago, it could well have been a class leader. But things move fast in the EV world and it's likely to be seen as an also-ran by the time it's launched.”

“My favourite part of the bigger Mercedes EQC is the zen-like silence while you are driving. The EQA isn't quite as refined but it is still a relaxing place to be, with more refinement than cars costing three times as much.” 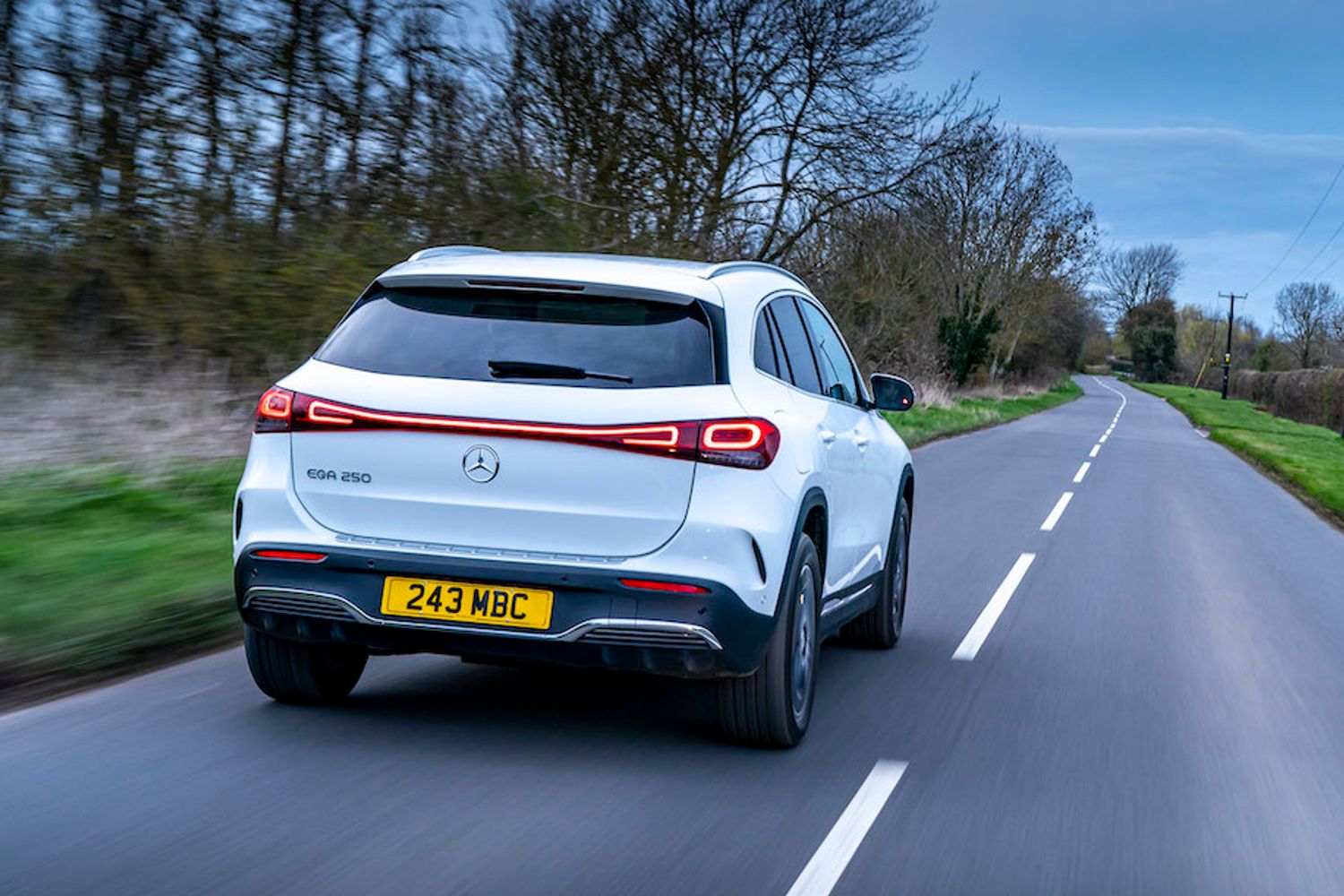 While rivals have been scrambling to produce designed-from-the-ground-up electric cars such as the BMW i3 and VW ID.3, Mercedes has taken a more practical approach – just convert existing cars. The first example of this was the EQC, which is an impressive machine but undoubtably has a few compromises as a result of sharing big bits with the petrol and diesel versions.

The company’s next all-electric car is the EQA, which uses exactly the same formula. Unlike the posh and pricey EQC though, this is aimed at the more affordable end of the electric car market with prices starting at £44,495. That’s above the big-selling Leaf and ID.3 and into Tesla territory.

The EQA is not actually based on the A-class as might be expected, but instead uses the more SUV-shaped GLA as a basis. The reasons for this are simple – SUVs are more popular and secondly, they offer more space for the battery to disappear underneath the floor. And it needs plenty of battery space in the EQA in order to take on the likes of VW’s ID.3 with its 340 miles range and the Hyundai Kona’s 300 miles.

Mercedes’ engineers have promised us a little less at 261 miles from a 70 kWh battery pack. Charging can be done at 100kW, taking it from 10 to 80 percent charge level within 30 minutes. But how does it drive? We were given access to a final prototype of the EQA 250.

The 188bhp motor is mounted in the front of the car, in the same space as the engine in a ‘normal’ GLA. From a standing start it feels more like an AMG performance model rather than in an eco-car. Only as you approach motorway speeds does the power start to tail off, although at anything above 30mph it feels fast rather than Tesla-ludicrous.

On a country road the EQA feels quite sporty too, especially since the battery lowers the centre of gravity to make curves a little more fun.It follows its EQC big brother in being remarkably refined too, although it can’t quite match its eerie silence with a little more wind and tyre noise.

We are often quick to criticise a car if it doesn’t have sufficient regen braking, but we also know some drivers really don’t like it, especially if they are new to EVs. So Mercedes has made everyone happy with five different modes to choose from using paddles behind the steering wheel. These range from no braking effect at all to a really quite heavy deceleration when you lift off the throttle pedal.

On the inside, it is almost identical to the petrol version too, except for applications of rose gold trim, which Mercedes has made the hallmark of its electric car. The EQA also has ambient lighting which goes beyond the usual LED strips. The entire console above the glove compartment glows like a Christmas grotto. The space inside is a little compromised by the addition of a battery pack under the floor, with rear seat passengers forced to have their feet a little higher on the floor than usual, especially in the centre seat of the rear bench. The boot space is compromised a little too, although it’s still bigger than an average family hatch.

The key for the EQA will be the price however. At £45-50,000 it looks OK value compared to some of the larger ‘prestige’ electric SUVs such as the Volvo XC40 Recharge and BMW iX3 but is bang up against the new Ford Mustang Mach-e, VW ID.4 and the expected price of the Tesla Model Y. That’s some stiff competition. The Mercedes is good, but it doesn’t feel as clever, spacious or generally interesting as those purpose-built EVs.

​
« FAQsRange »
Own a Mercedes EQA or looking to buy? Tell us about your experience