We’ve been charmed by the Mii. It’s an honest, well-made and surprisingly fun package that covers all the basics and delivers a longer range than you'd expect. Factor in the £23k price tag and it’s going to make financial sense for a lots of drivers who might have thought they couldn't go electric.

“The baby SEAT is a fantastic small EV that does everything well. The range is brilliant for an urban car, the cabin is unfussy and it’s fun to drive. Factor in that sub-£20k price tag and the financial sums will add up for thousands of people.”

“Whether you opt for a VW, SEAT or ŠKODA badge, this small Volkswagen Group EV is a great introduction to the world of electric motoring. The price makes a lot of supermini EVs look needlessly expensive and I love the back-to-basics feel of the interior.” 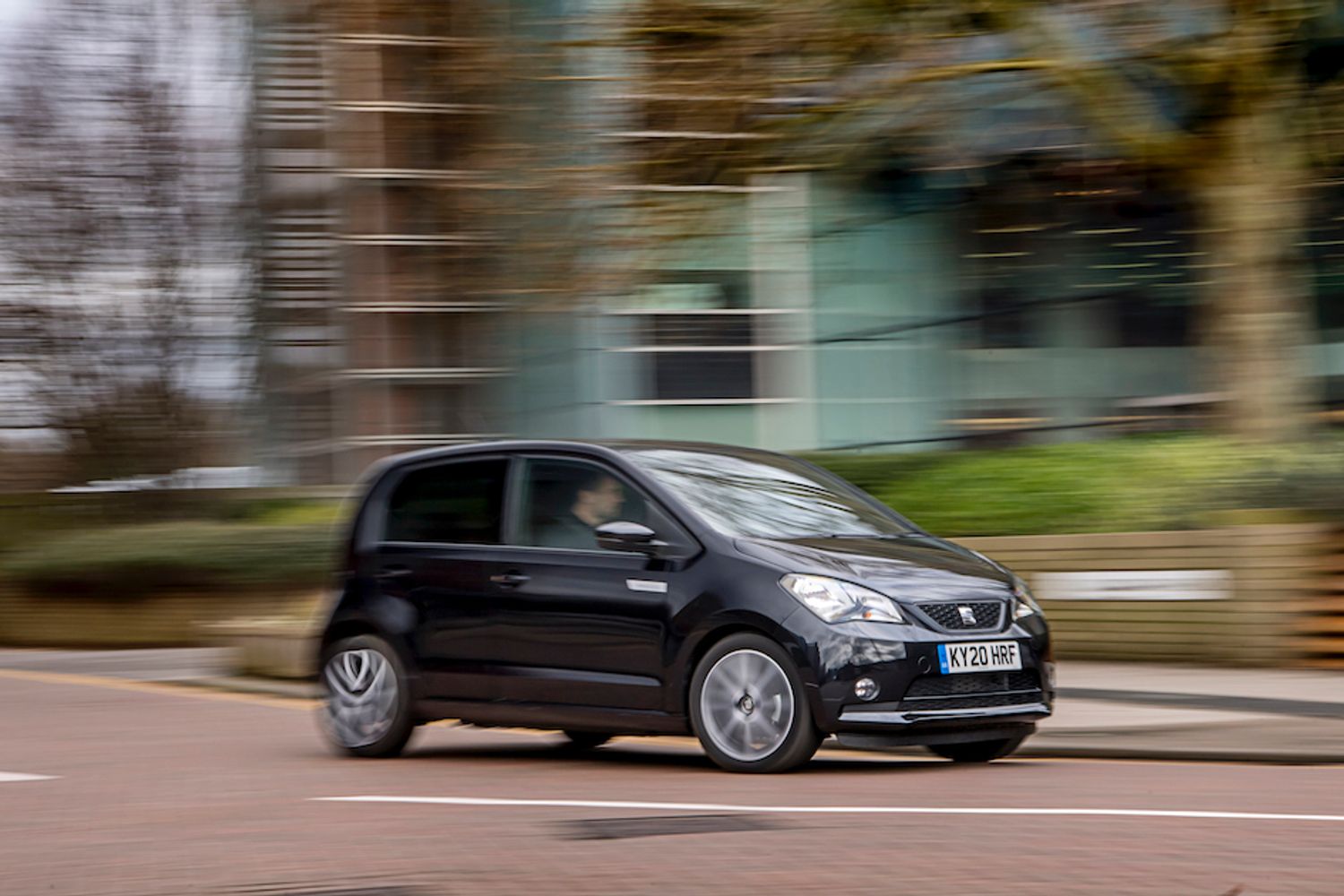 SEAT’s cutesy city runabout has been part of the brand’s line-up since 2012, but has just been reinvented by its maker as the pure-electric Mii. It’s now the only Mii you can buy following SEAT’s bold decision to retire the petrol version that has powered the car since launch. And since ŠKODA has discontinued the Citigo iV electric, the Mii looks even more attractive, if only as a cheaper alternative to the Volkswagen e-Up!

The Mii shares more than 90 per cent of its components with the VW and is built in the same factory in Slovakia. While the Mii is the first SEAT model to go fully electric, it’s descended from the first-generation e-Up!, which first appeared in the UK in 2014.

When Volkswagen introduced a heavily facelifted e-Up! (with a bigger battery and much-improved range) at the start of the year, ŠKODA and SEAT were invited to join the electric party for the first time. The CITIGOe iV only had a short life in the UK before being dropped, but the VW and SEAT live on, with the Mii now becoming the most affordable at £19,800 (Govt grant included).

While the Volkswagen e-Up! is £21,055, if you equip both cars 'like for like' (which is almost impossible thanks to the Volkswagen Group’s clever stage management of its competing brands), there’s actually very little difference in price.

The other advantage of the Mii is availability. The e-Up! is currently sold out and more stock isn't on its way until 2021. We found there were still plenty of Miis at dealers though.

Okay, that’s the complicated Volkswagen family business out of the way - let’s look at the Mii on its own merits. Despite being two classes smaller, it has the same 32.3kWh battery pack as the now-deceased Volkswagen e-Golf. It may look like a simple city runaround, but SEAT has done an incredible job repackaging the battery pack in without interfering with floor heights or luggage space. If you stepped from an old petrol Mii into the Mii electric, you wouldn’t notice a thing.

The new Mii is powered by a modest but hardworking 81bhp electric motor and has a WLTP range of between 160 and 223 miles depending on specification. Although it doesn’t have the fancy big screen displays of rivals such as the Zoe, it has all the kit you need, plus some clever touches such as a dashtop phone holder and USB port that allows you to run navigation on your phone.

Rapid charging at up to 40kW is standard, allowing reasonably-quick top ups when you are out and about - an hour will see you go from zero to 80%. This would work well for anyone wanting just enough power to get home on a longer journey or maybe charge the battery once a week while at the gym, shopping or eating out. A home charge from a wallbox at 7.2kW takes four hours.

There’s a lot to love about the Mii and we’ve been charmed by it. It’s an honest, well-made and surprisingly fun package that covers all the basics and delivers a longer range than supermini EVs such as the MINI and Honda-e. Factor in the £20k price tag and it’s little wonder that the Mii is one of our favourite affordable electric cars.

« FAQsRange »
Own a SEAT Mii Electric or looking to buy? Tell us about your experience