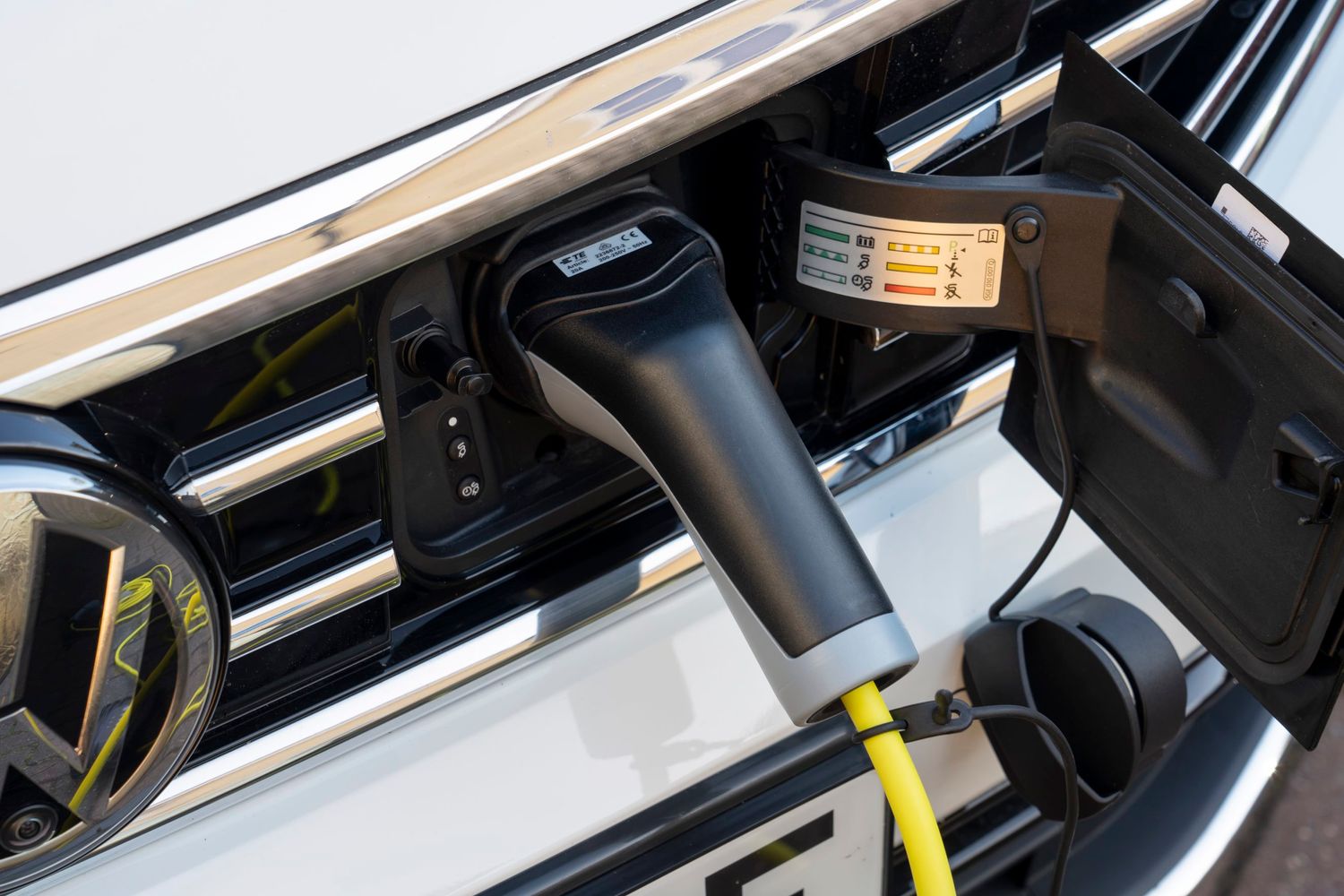 It’ll take three-and-a-half hours to fully charge the Passat GTE and like most plug-in hybrids you can’t rapid charge it.

The Passat GTE has a 13kWh battery which Volkswagen claims gives a pure electric range of around 35 miles. That’s in perfect conditions and is completely dependent on the time of year (seasonal temperatures), traffic conditions and how heavy your right foot is. A realistic average would be between 25 and 30 miles, and it’s a good idea to top up the batteries as often as you can. So make sure you plug it in overnight, make use of public charging points and download the ‘We Connect e-Remote’ smartphone app to monitor your battery range and stop and start charging.

As the 13kWh battery isn’t any bigger in size than the 9.9kWh battery in the old Passat GTE, VW has been able to put it under the rear seats and in front of the rear wheels again. That means, in theory, practicality has not been affected and for the most part that’s true. However, the battery and motor’s electric hardware have to be stored somewhere and unfortunately that’s under the boot floor. So, particularly in the Passat Estate, virtually all the underfloor storage space has gone apart from a small cubby which can be used to store the charging cables. There’s still a huge amount of space on offer, though and it’s a small price to pay.

Unlike many plug-in hybrids, Volkswagen actually gives you two charging cables when you buy a Passat GTE. For some reason, a few manufacturers actually charge you for a cable which is ridiculous. With the GTE, you get one with a three-pin plug and another to plug into a home wallbox or a public charging point. The charging port is neatly hidden behind the front grille; pop it open and there’s the Type 2 input. Here you’ll also see you can’t rapid charge it – the maximum charging rate is 3.6kW (a zero-to-80% charge takes three and half hours) which is slow by modern standards.