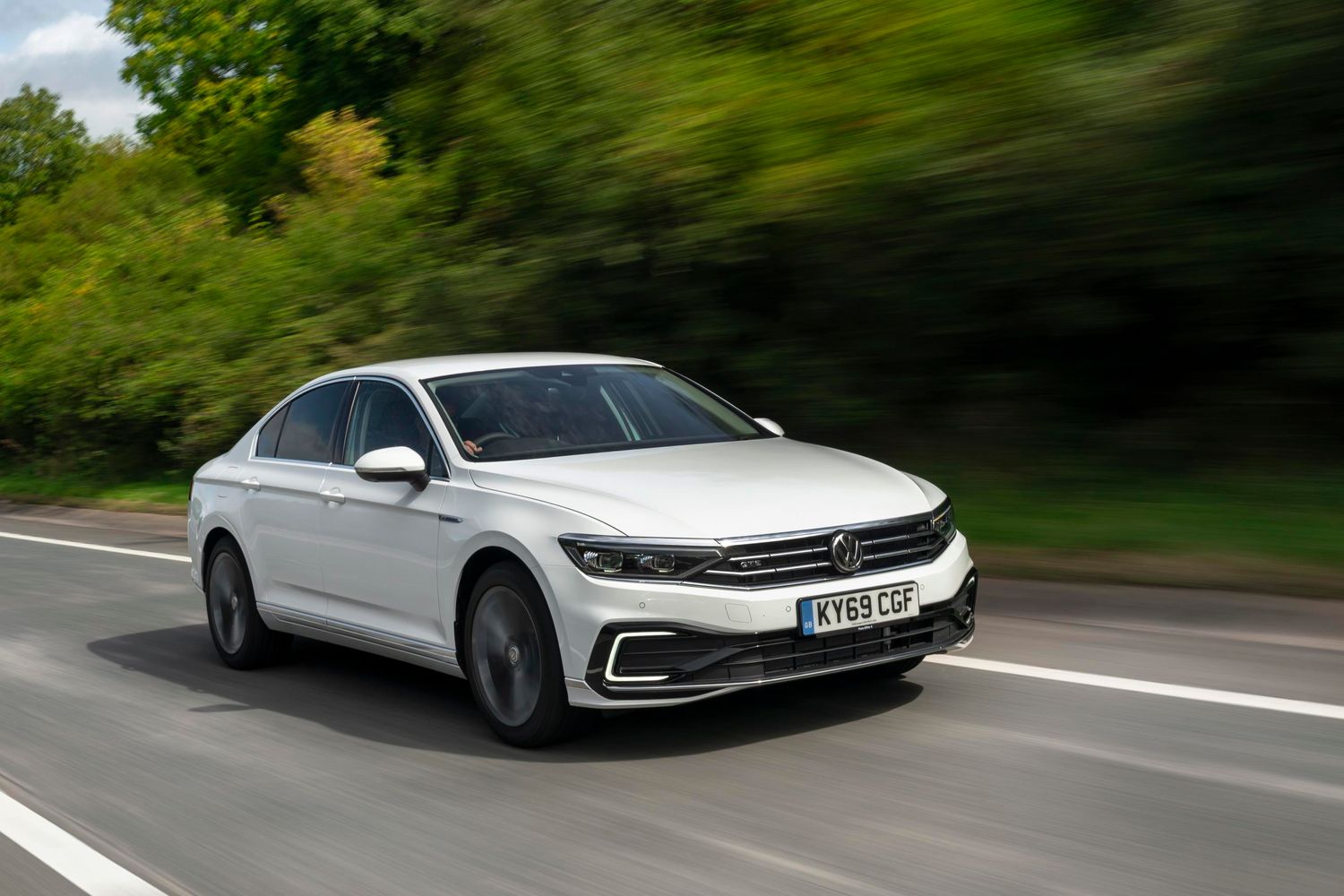 Passat GTE – sounds rather good, doesn’t it? And indeed it did when it launched back in 2015 and for a number of years it pretty much had the executive plug-in hybrid car class sewn up.

Five years is a long time in the world of electric cars though, and the Passat GTE now faces some pretty serious competition from the smaller (but more premium) BMW 330e, the Volvo S60/V60 T8 and the Mercedes C-Class plug-in hybrid. There’s also a family rivalry in the shape of the Skoda Superb iV – a car that offers pretty much everything the Passat does but in a more value-for-money package.

In light of that new competition VW has improved the GTE for 2020. Along with the rest of the petrol and diesel Passat range, the GTE looks slightly sharper and more modern thanks to a small facelift on the inside and outside, and there’s more technology available. For the GTE, there’s more pure electric range to be enjoyed, too.

That’s thanks to the new GTE getting a 13kWh battery (the old car had a 9.9kWh one) which equates to a 40% improvement in range. Speaking of which, VW says you’ll get 35 miles of pure electric drive but in our testing that’s more like 25 to 30 miles.

Another figure which you need to be wary of is the claimed 235mpg – that’s a figure that has been created in testing conditions and you’ll never reach anything close. Drive in pure electric mode and you should reach triple figures, but drive in hybrid mode (which flits between petrol and electric power) and you’ll more than likely see around 70mpg. Drive with the battery pack depleted and 40mpg from the petrol engine is normal.

Like the Superb iV, the GTE is powered by a 1.4-litre turbocharged petrol engine and hooked up to an electric motor that gets its power from a 13kWh battery. You’d think with the battery pack hidden under the rear seats, boot room would be the same as a petrol or diesel Passat, but it isn't. Thanks to the electrical gubbins for the motor and battery positioned under the boot floor, there’s less space in a Passat GTE Saloon or a GTE Estate compared to other Passats (650 to 580 litres in the Estate, for example), but there’s still plenty of room.

The GTE badge may give the impression this is a sporty car that has some of Volkswagen’s GTI DNA in it, but it isn’t. It feels safe and secure on the road, but with the added weight of the electric motor and battery it feels heavy. It’s a cruiser at heart and is a long way off the polished handling of a BMW 330e, and because of this the identical, cheaper and more comfortable Skoda Superb iV is a better bet.

​
« UsedRange »
Own a Volkswagen Passat GTE or looking to buy? Tell us about your experience