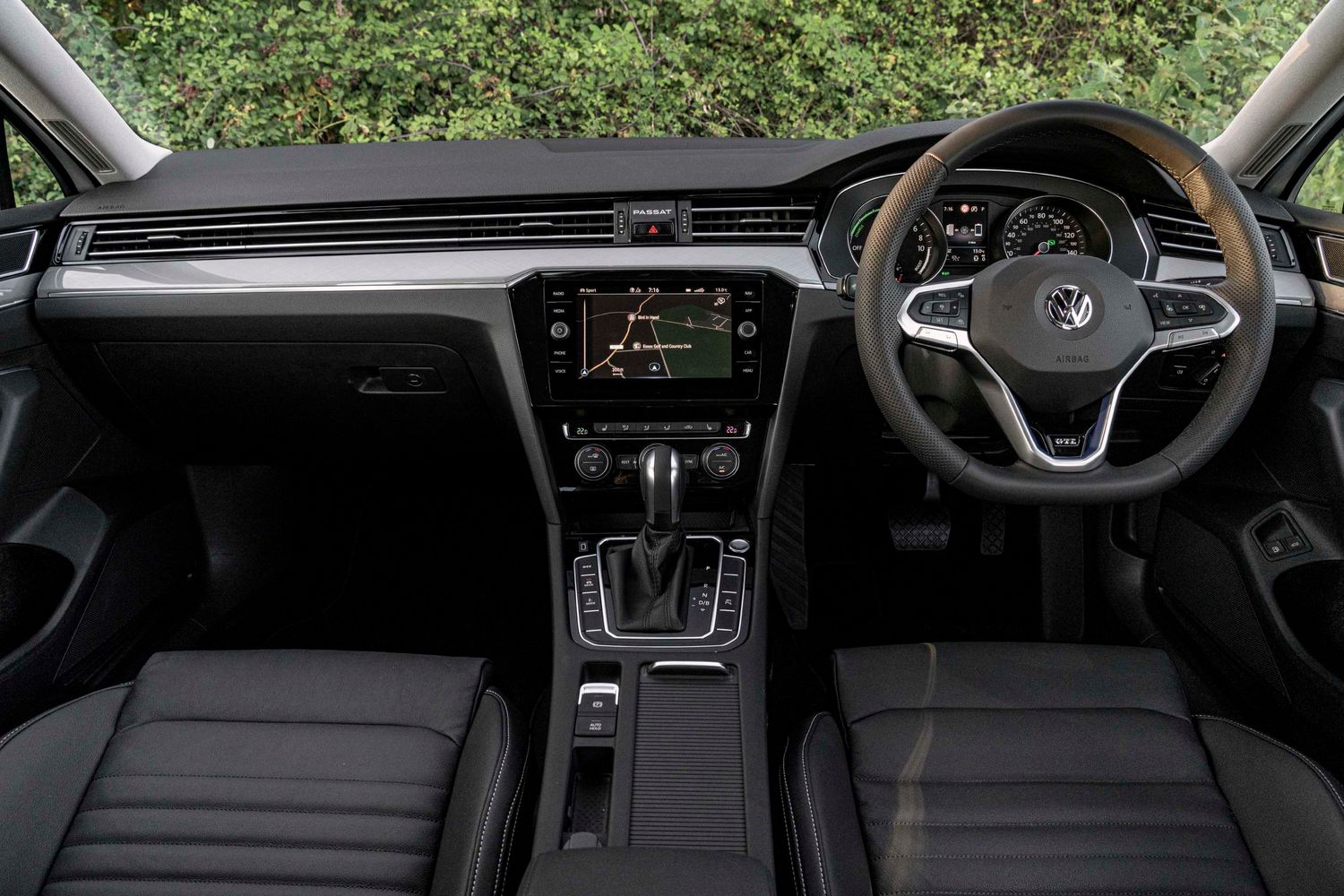 The GTE does lose some boot space compared to other Passats, but there’s still plenty of space and it beats its rivals.

Inside the Passat is a large car with plenty of space up front and in the back. The Saloon has a large and flat boot – which is considerably larger than the BMW 330e’s and Volvo S60 T8 Twin Engine’s – even if some space has been lost to the plug-in hybrid system. The tech to power the system is positioned under the boot floor though, so it’s not that obvious until you start poking around; having said that there is still space to store the car’s charging cables. Just remember the Saloon is well… a saloon… and the identical Skoda Superb iV offers more practicality with its hatchback tailgate. That’s not true of the Estate, however, as the Volkswagen offers a touch more space than the Superb and both are much larger than the estate variants of the BMW and Volvo.

Unlike its sister car, the Skoda Superb iV, the plug-in hybrid Passat is only available in one guise and is not available throughout the range. As such, it’s towards the pricer end of the Passat range but that does mean you get LED headlights, leather upholstery, an eight-inch touchscreen with nav, and Apple CarPlay and Android Auto as standard. The GTE Advance throws in a 9.2-inch touchscreen with 3D mapping, Matrix LED headlights and an Active Info Display (a digital screen in place of traditional dials to you and me). A high-end stereo system and a head-up display are all on the options list, but both the GTE and GTE Advance are well-equipped as standard. One clever feature which may be a boon is the trailer assistance pack – it helps you reverse with a trailer using a combination of visual guides on the touchscreen and you control the car’s direction using the electric mirror switch.

The Passat has a full five stars for safety – and that’s the maximum given by the independent testing organisation EuroNCAP – since it first launched in 2014. Passat GTEs get a full suite of airbags – from curtain ones to a knee airbag – an automatic braking system along with pedestrian detection, Traffic Jam Assist – which slows the car to a halt and drives it away again in stop-start traffic – lane keep assist, adaptive cruise control, a driver fatigue monitor and front and rear parking sensors. GTE Advance gets Matrix LED headlights (a £1,515 option on the GTE model) as standard; these headlights include a number of different LED ‘segments’ within the headlamp unit and allows the driver to have their full beams on. Once the car detects an oncoming vehicle, the respective segments that would dazzle the oncoming driver are switched off, while the other segments illuminate the rest of the road.