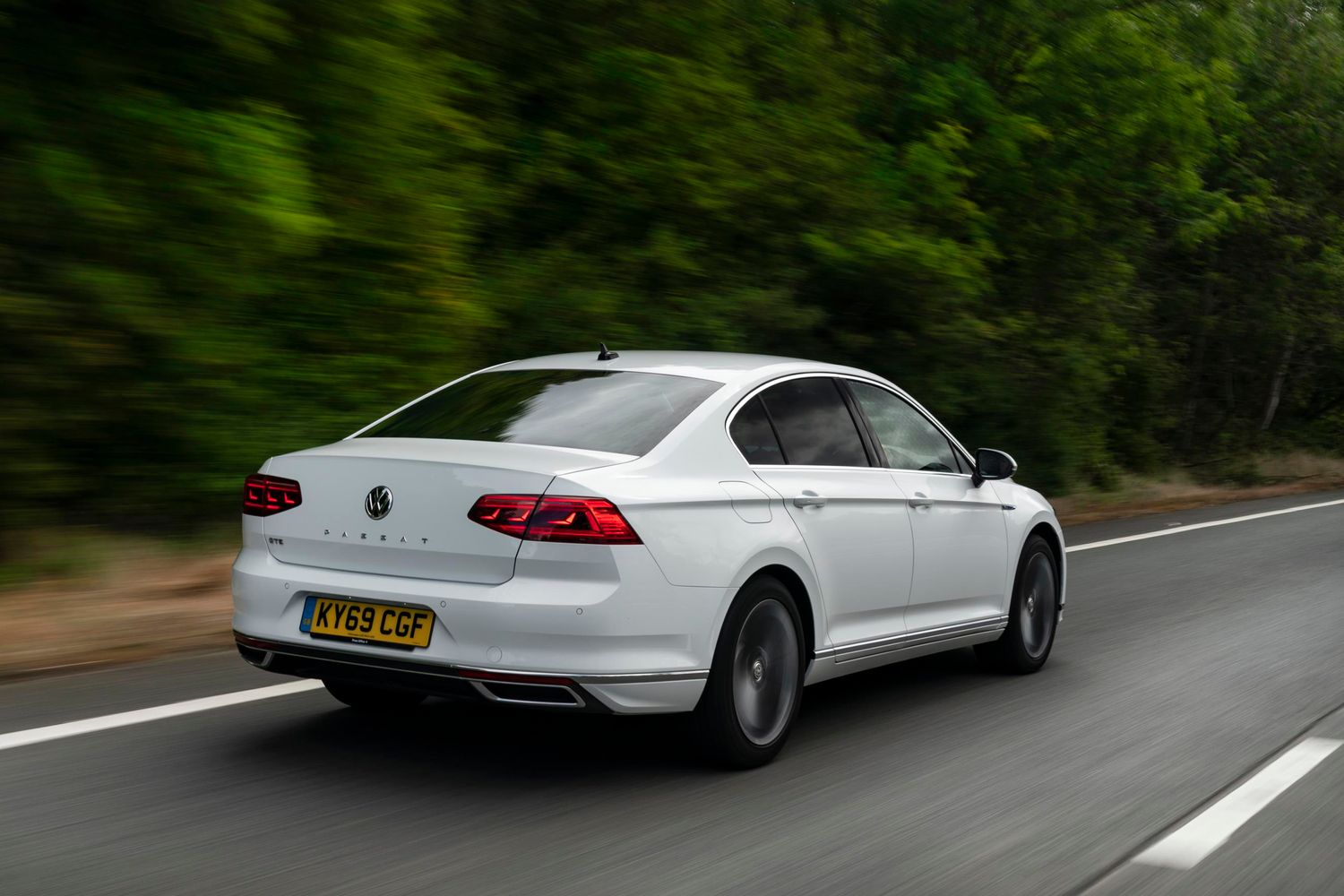 Despite its sporty GTE badging, this is no eco-GTI model. It’s smooth and refined and is at home cruising around the city.

The Passat GTE is a plug-in hybrid so that means it has two power sources – a 1.4-litre turbocharged petrol engine developing 154bhp and a 114bhp electric motor that’s powered by a 13kWh battery. In total there’s 215bhp to play with and the power is sent to the front wheels through a six-speed automatic gearbox. You’ll find the same package in the mechanically identical Skoda Superb iV, unsurprisingly, but the GTE is slightly quicker from 0-62mph at 7.4 seconds (the Skoda manages 7.7). That said, the GTE is slow in comparison to other plug-in hybrid saloon cars – the BMW 330e gets to 62mph in 5.9 seconds while the Volvo S60 T8 Twin Engine manages it in a hugely impressive 4.6 seconds. Admittedly, both are more powerful and more expensive, but it underlines how the Passat is quite sedate for the money VW charges.

If you drive the Passat GTE thinking it’s an eco GTI, then you’ll be sorely disappointed. On the road it feels predictable – even if a bit boring – and in no way thrilling. For that the BMW 330e is the class champ. Skoda gives the Superb iV adjustable dampers for free (so you can have a pillowy soft ride or a harder, jarring ride on twistier roads) but VW doesn’t (it’s an £895 option), so with the extra weight of the batteries the ride can be hard and crashy. There are a number of electric driving modes (including battery hold and battery charge) and a sportier GTE mode that combines electric and petrol power. Ultimately though, the best thing to do is forget about the GTE badge and drive the Passat like, well, a Passat. Do that, stick the gearbox into Drive and let the car flit between petrol and electric power automatically, and it’s a relaxing car to be in.

« PracticalityPricing »
Own a Volkswagen Passat GTE or looking to buy? Tell us about your experience