It’s a standing joke that most 4x4s and SUVs never venture off road beyond a grassy county show car park. And this unspoken rule applies to their battery powered brethren. Many look the part, with bulging, jacked up bodies, but most only have two driven wheels.

Good examples of this are the new BMW iX3 and the bargain-priced MG ZS EV, and there are plenty of others we could add to the list. Some can be had with two or four-wheel-drive. Where all the wheels are animated by motors front and back, this is more efficient than a hefty diesel engine powering the extra drive shafts and differentials needed by a conventional 4x4. And the tree-stump pulling torque of many electric power trains ought to be a positive advantage when confronted by a farm track.

Certain 4x4 electrics, like some versions of the Volkswagen ID.4 and Polestar 2 saloon, are lower-to-the-ground than SUVs, with additional all-wheel-drive grip on metalled roads, but if extra traction is what you seek, read on.

​Ford Mustang Mach-E drivers are unlikely to want to take their expensive new cars green laning, but what if they needed it to tow a trailer across a soggy paddock?

Well, there are two and four-wheel-drive drive trains. Both come with broad, road friendly tyres, rather than the mud-busting, knobbly variety, so you’d need to proceed with caution.

Still, if you feel a car called Mustang really ought to tow a horse box, consider that the AWD Standard Range version has a 780kg hauling capacity. Some horses weigh 600kg plus, so perhaps it would only be suitable for moving miniature ponies. By way of unfair comparison, the Raptor version of Ford’s in-your-face F-150 diesel pickup can manage 2,500kg.

Let us consider the Volvo XC40 Recharge. You can get one with a couple of motors and a quartet of driven wheels. It’s called the P8 and is biased towards rapid progress on tarmac rather than sloughing its way through the mud (and is slightly lower than ICE XC40s with 175 vs 211mm ground clearance), but with 400bhp on tap, it’s quite a capable lugger, able to haul 1,500kg behind it. 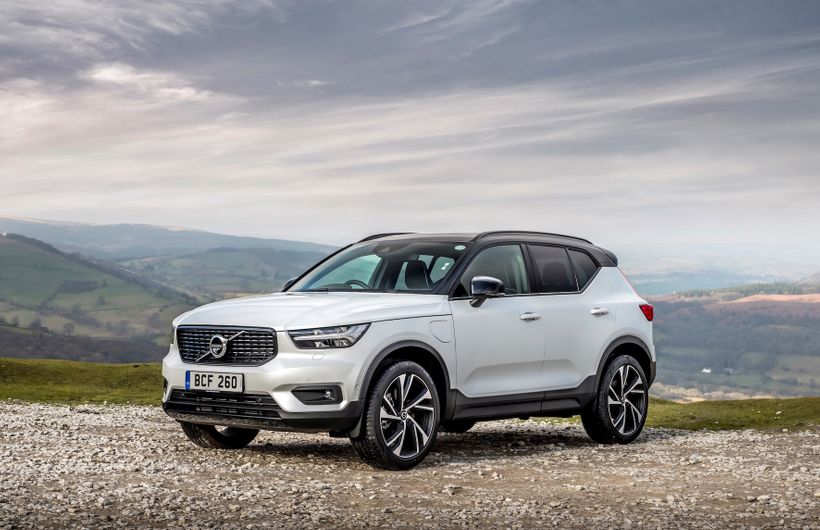 It’s unlikely to trouble the now mild hybrid Volvo XC90 4x4 diesel, which remains unchallenged as a horsey country person’s trailer puller of choice, but that’s hardly a surprise. Also, bear in mind that our Ginny found the Recharge’s on road ride comfort left something to be desired, as you’ll discover if you visit her test here.

The Mercedes EQC large electric 4x4 isn’t that low to the ground, but on the road is its natural habitat. Inside the car is a cornucopia of leathers, fabrics and tasteful soft touch materials that wouldn’t take kindly to dirty living. However, a mix of four driven wheels and powerful traction motors mean that it could tow an 1,800kg trailer, a figure matched by its arch rival, the equally poshed up Audi e-tron. 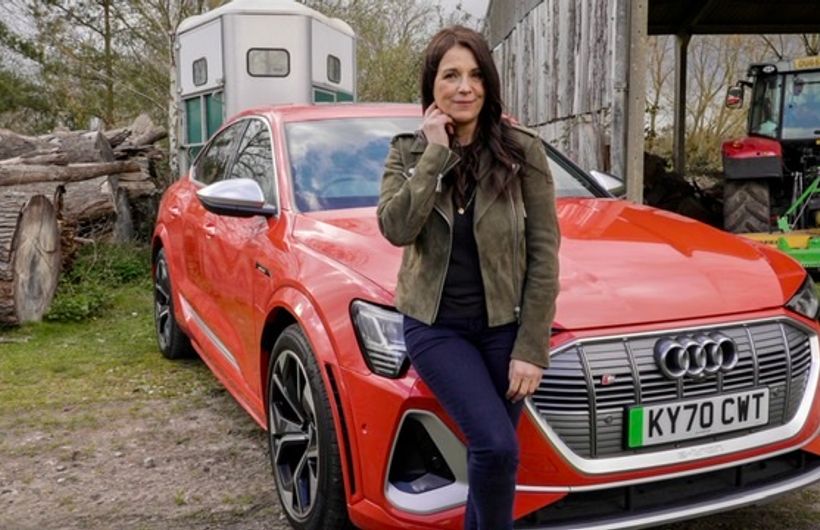 The Jaguar I-Pace might look low and sporty compared to other SUVs, but it has four-wheel-drive, dual-purpose tyres and an off-road setting to improve ground clearance. It took us some time to find out how much it would tow, and the figure that came back was 750kg. This is only slightly behind the Mustang Mach-E, but for heaving things, the i-Pace has to give way to its diesel E-Pace stablemate. With AWD and 2.0 diesel engine, that car will tow a braked trailer weighing up to 1,800kg - which is what the electric Mercedes EQC can manage.

Next, we come to the Skoda Enyaq, but only briefly because, at the moment at least, buyers have to slum it with two-wheel-drive, but that will change by August, when 4x4 versions reach Skoda showrooms. Thus equipped, the car’s high ground clearance would surely make it the electric sports utility contender for crossing Dartmoor on a snowy January evening. Right now we don’t know the all-wheel-drive Enyaq’s towing vital statistics are, but they’re likely to better the 1,000kg figure posted by existing two wheel drive versions. Mind you, this is still better than some of the 4x4 cars we’ve already covered. If you want the unadulterated off road experience, but don’t want it fossil fuel-powered, there are options. 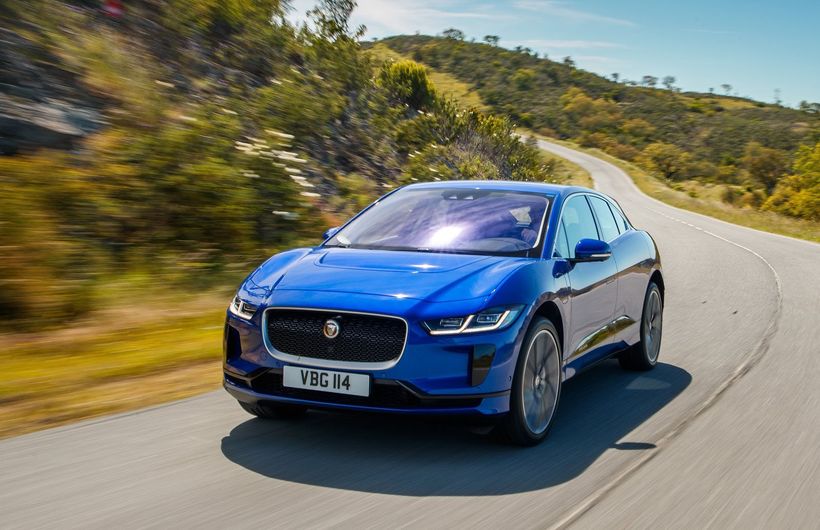 A number of companies are taking the classic the Land-Rover Defender and replacing its hoary old diesel engines with electric traction packs. One converter is the amusingly named Twisted. Based in Bristol, this company chucks out the Defender’s clattering diesel motor, but retains its axles, high and low ratio transfer box and driveshafts. These are powered by a 214bhp electric motor producing 380NM of torque. Twisted claims its electrified Defender will yomp for 200 miles between charges.

Also threatening to erupt over a hillside near you is the MWM Spartan, an electric conversion of Russian-made UAZ 4x4 ‘Hunter.’ If it looks familiar, that’s because the Hunter is a long term favourite of the Russian army and secret service. It’s been in the background of may TV news bulletins.

The electric conversion of this very basic 4x4 happens in the Czech republic. It’s vital statistics (motor power, towing ability, etc) have yet to be revealed but there will be 56kWh to 90kWh battery packs and a stripped out interior able to accommodate a brace of mucky sheepdogs. 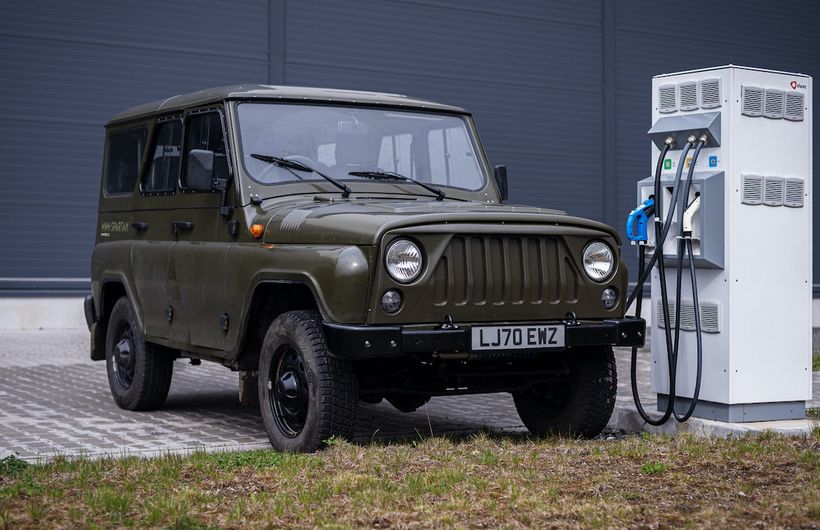 Will you be Russian to buy a Spartan?

If you want something brand new from the ground up that will give you that authentic, muddy gumboots, sheep licking the back of your neck off road experience, can we suggest the Munro Mark 1? Developed in Scotland, it has lorry like solid front and rear axles and separate chassis frame, on which the body is mounted. All its electrical bits live in sealed pods so it can ford raging rivers without blowing a fuse.

According to its developers ‘the vehicle has a one tonne payload and clearance for a full-sized pallet in the rear cargo area,’ not something Jaguar could claim of the i-Pace. Towing capacity? That apparently won’t be revealed until the car’s official launch in September, with sales hopefully getting underway shortly after that.

If none of the cars we’ve featured are what you need for green off road travel, can we suggest a good pair of walking boots? 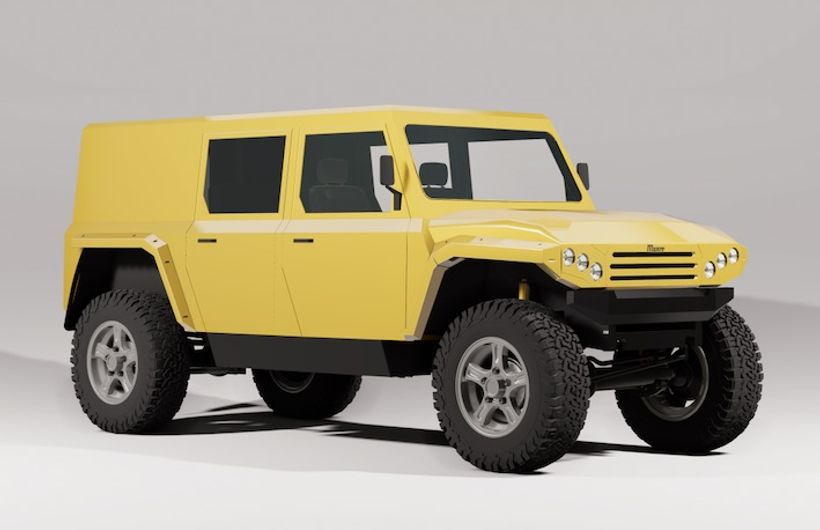 If you don't fancy the Spartan, go tartan with the Scottish-built Munro 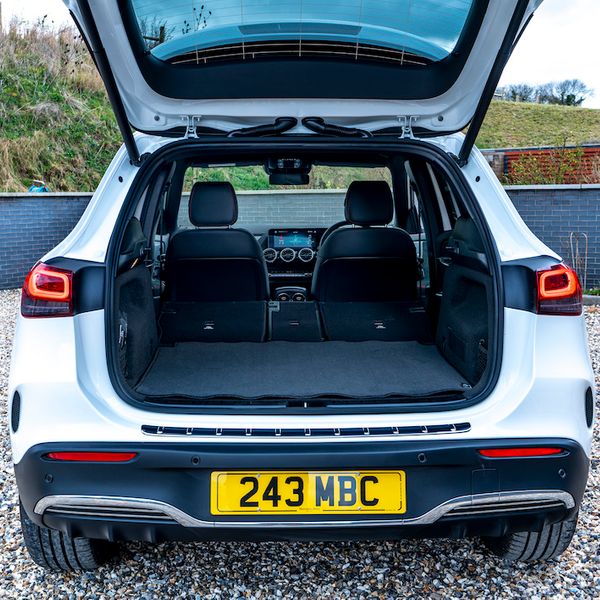 Ken drives over to the green side

After over 30 years as a motoring journalist Ken has gone (half) elect... 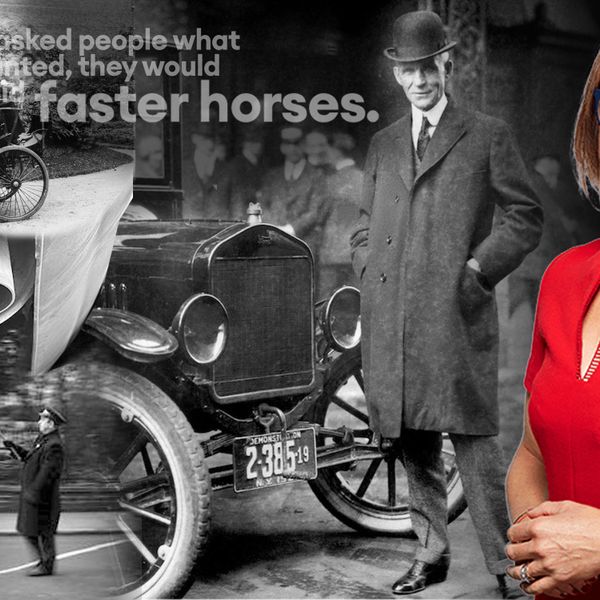