Built on the same underpinnings as the ID.3, the ID.4 comes in a larger SUV package and now has an impressive range of models in the line-up.

“It seems VW have nailed some of the interior quality issues which have been criticised in the ID.3 and made an altogether more useful, SUV-shaped car with a proper range, plenty of space and decent performance. It sounds like it might be a real rival to the Tesla Model Y and the flood of other electric SUVs arriving in 2021.”

“The ID.4 really seems to hit a sweet spot with its SUV style and practicality, and is a little easier to live with than an ID.3. But there are still some areas where it feels a bit compromised, especially on quality.” 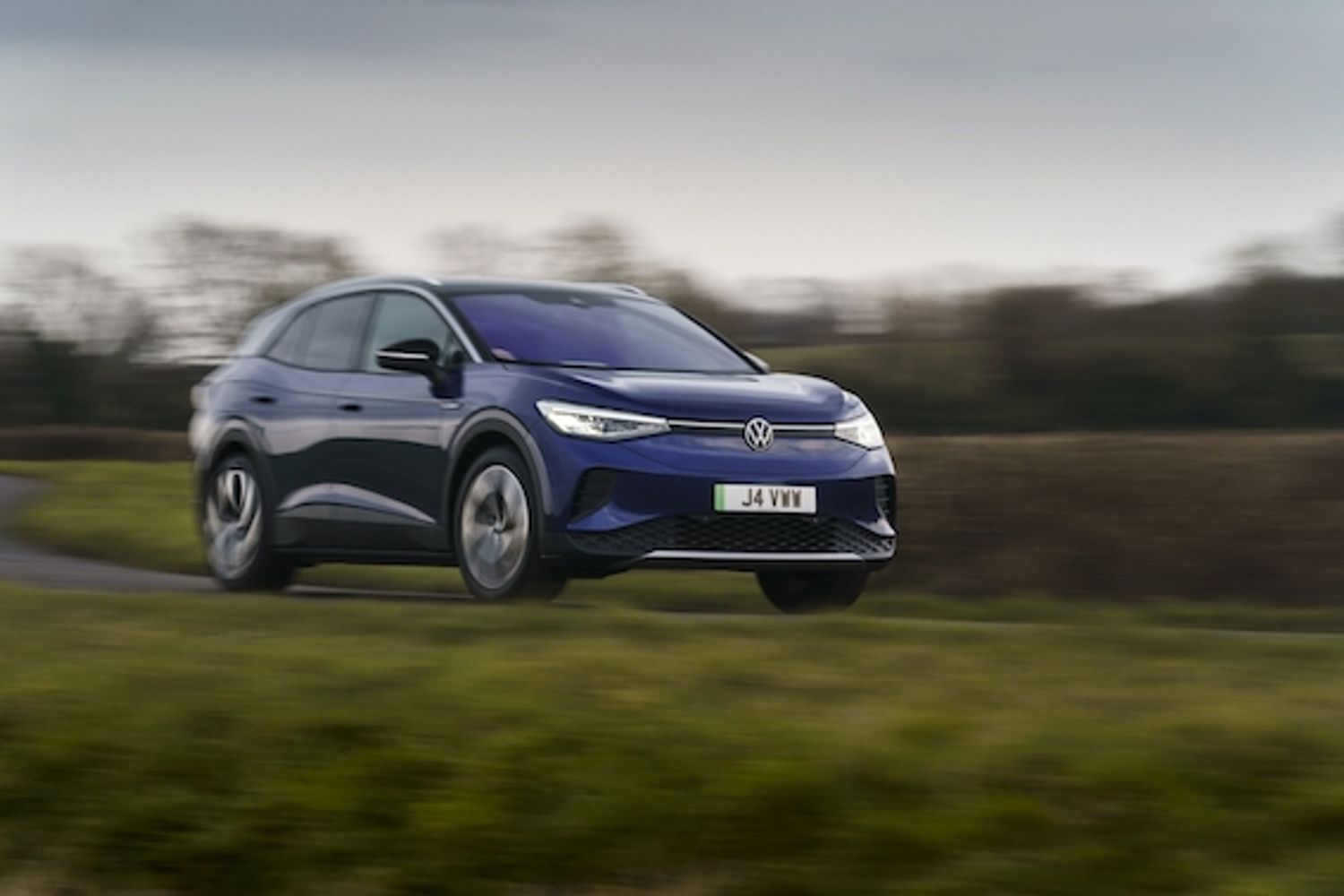 It’s fair to say that Volkswagen has made a bit of a fuss about the launch of its mid-sized ID.3 electric car, claiming that it is as important in the company’s history as the Beetle and the Golf. But in reality, it is this car – the ID.4 – which is the really big news for the business. While the ID.3 will only be sold in Europe, the ID.4 will be sold all around the world. And if you look at how the Tiguan SUV has now overtaken the Golf in terms of sales, there is little doubt about the importance of the ID.4 as we all move to electrified motoring.

To start with, the ID.4 will be an almost 4.60 metre long five-seater, which offers considerably more space than the already spacious ID.3. It’s got more space inside than the longer Tiguan Allspace, but more significantly it also makes the Tesla Model Y look a little tight on room. Even though the Y is a hand’s-width longer than the ID.4 the Tesla is missing six centimetres compared to the VW inside, according to the German company's engineers.

When compared to an ID.3, the Tesla would be able to fight back with its stylish interior and better materials. But VW has fought back with the ID.4, using a cool yet simple design with soft-touch surfaces and plenty of nice details.

VW was deliberately very careful not to make the ID.4 too crazy looking, both inside and out. Volkswagen is aware that it needs to bring many of its traditional customers from the old world into the new electric era, and they are a little more conservative than those considering other brands. As a result, the design isn’t particularly avant-garde, nor is the driving behaviour very different from a conventional SUV.

Clearly, the ID4 is a bit heavier than Tiguan and rivals because the batteries under the car floor are weighty. But it also has the spontaneous power delivery of the electric motor, and what it may lack in vigour in corners, the progressive steering and adaptive chassis make up for.

As a result, the ID.4 is relaxed through the city, smooth on the motorway and happy enough to press on when the countryside appears and the traffic thins. Just like Tiguan, the ID.4 is a ‘do it all’ car which won’t upset anyone who is used to Volkswagen products.

On the other hand, experienced electric car owners may have to change the way they drive to suit the VW way of doing things. Out of respect for the old habits of the combustion-engine drivers, the ID.4 is reluctant to use regenerative braking. Even with the selector lever set to B, it doesn’t produce the deceleration you’d expect from an EV.

It won’t recover as much energy either, but this isn’t so crucial given the size of the ID.4’s battery. The ID.4 is available with either a 52 or 77kWh battery pack that can return between 211 and 323 miles on the WLTP cycle - in theory. The battery can be rapid charged at 125kW, which means it can be charged to 80% in around 45 minutes.

VW also offers a surprisingly wide range of motors. Most of the ID.4s in the range are powered by only one motor in the rear (making them rear-wheel drive) which is then calibrated by software to four power outputs between 146 and 201bhp. In the best case, this is enough for a sprint from 0 to 62mph in 8.5 seconds and limited top speed of 100mph. If that's not quick enough then there's the ID.4 GTX which gets a second motor with an extra 101bhp in the front, making it all-wheel drive. The GTX's total power output is just under 300bhp which allows it to get from 0-62mph in 6.2 seconds, and it has a slightly higher top speed of 112mph.

Although the ID.4 looks in many ways a little more finished and promising than the ID.3, VW has not yet solved a big problem. Just like the ID.3, the software for the launch is not complete and a few functions such as the augmented reality for the head-up display are only available later as a free update.

But perhaps a bigger headache for the ID.4 comes from its own ranks. As always, Skoda is stealing the show from its Volkswagen mother. Not only were the Czechs allowed to reveal their Enyaq ahead of the ID.4, but they also built it as a larger car on the same mechanicals and charge even less money for it. And, at least in the eyes of many viewers, the Enyaq looks even fresher than the ID.4. But many traditional VW customers making the switch to electric will probably prefer the ID.4's slightly more subtle styling, and the choice will purely come down to personal preference.

« FAQsRange »
Own a Volkswagen ID.4 or looking to buy? Tell us about your experience